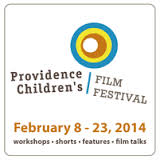 No need to wait for the next WaterFire to return to Providence. Over February break (February 13-22), the city is hosting its fifth annual Children’s Film Festival. Close to 20 films will be shown at three different venues around town. The impressive line-up includes the French Academy Award nominee, “Ernest and Celestine,” Harold Lloyd’s classic silent film, “Safety Last,” and a movie Roger Ebert called one of the five best films ever made for children, the Japanese animated flick, “My Neighbor Totoro.” March 20 brings the return of Gallery Night. From 5 to 9 pm, buses and curators will bring you to the city’s 26 galleries to talk about the latest art. Tours leave every 20 minutes. While in town, check out North, which Boston Globe food critic, Devra First, called one of her favorite restaurants in 2013. The innovative Southeast Asian fare includes mussels, drunken and stirred, and flounder with golden oyster mushrooms. We recommend spending the night at our favorite property in town, Hotel Providence, an 80-room boutique hotel smack dab in the center of town.