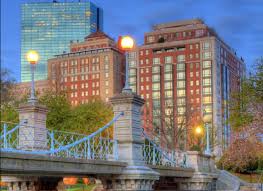 One of the first assignments I received after moving to Boston in 1996 was to pen a story for Town & Country magazine on Boston’s grand dame of hospitality, the venerable Ritz-Carlton. Located at the end of Newbury Street, across from the Public Garden, the Ritz occupied one of the most enviable locations in the city and played host to such luminaries as Winston Churchill, Charles Lindbergh, and Rin Tin Tin since its opening in 1927. When it changed ownership to the Taj Boston, I was called back to the property to write a story for Boston Globe Magazine about the new General Manager. Tragically, he had lost his entire family when Pakistani militants stormed the Taj Mahal Palace in Mumbai, where he had worked previously. He now has a beautiful new family and resides in New York.

In other good news, the latest iteration of the Ritz, called The Newbury, will be making its debut next month. Part of the Highgate Hotel Group, which includes both James properties in Manhattan, The Newbury has aligned themselves with master chef Mario Carbone. Carbone runs the Major Food Group, the hospitality company behind such restaurants as Carbone, The Grill and Sadelle’s in New York, Hong Kong and Las Vegas. For the Newbury, he has plans for a fine dining restaurant on the roof and a bar off the lounge called The Street, that will be the perfect place to congregate after shopping Newbury Street or grabbing a Swan Boat ride across the street. With tulips in bloom, the early spring has always been one of my favorite times of year to visit the Public Garden. Now with the opening of The Newbury, I have even more incentive to head downtown.

A Millennium-Old Castle Now a Resort in Umbria, Italy 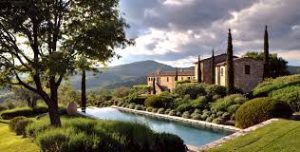 When a castle dating from 1050 transforms into a magical 36-room hotel in the Umbrian hillside, it gets our stamp of approval. The ancient farmhouses that dot the 3,700 acres of pastoral countryside at Reschio have already been transformed into luxurious private homes by three generations of the Bolza family. But by the end of April 2021, the property’s crown jewel, Castello di Reschio, will finally debut. Glass-enclosed lounges and hidden libraries are all part of the upscale mystique of this estate. An added plus is the onsite Equestrian Center. Interested in traveling to Italy in 2021? Let ActiveTravels design an exciting route using our fantastic contacts in the country.

Spend the Night at Versailles 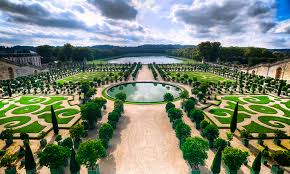 If you ever wanted to have a good night’s sleep like Louis XIV, you’ll have that chance this spring when the only hotel located within the Palace of Versailles will open its stately doors. Chateau de Versailles Le Grand Contrôle will feature 14 suites, a restaurant by Alain Ducasse, and an indoor pool and wellness center, where guests will enjoy unrestricted access to the Orangery and the Lake of the Swiss Guard. Live in the lap of luxury for a night or two on your next trip to Paris. Please let ActiveTravels know your dates and we’ll check pricing and availability.