Canadian Itineraries to Try This Summer or Fall: The Atlantic Maritimes 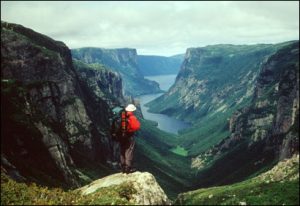 I’ve stayed weeks in each of the four Atlantic Maritime provinces—New Brunswick, Prince Edward Island, Newfoundland, and Nova Scotia—and it’s honestly hard for me to distill this exquisite coastal landscape down to its highlights. Because there’s so much more! Like biking to small fishing villages on PEI’s Confederation Trail, backpacking Gros Morne National Park high above the fjords of Newfoundland, hiking the Skyline Trail where I always spot moose in Cape Breton, and going on a puffin cruise out of New Brunswick to the nesting grounds of Machias Seal Island. There’s no place I’d rather sea kayak more than along the shoreline of the Atlantic Maritimes, where I’ve spotted so much wildlife from whales to porpoises to seals to bald eagles and puffins flying overhead. And don’t forget the culture. There’s nothing like a live Celtic concert in Cape Breton in the summer or a Fisherman’s Wharf all-you-can-eat lobster supper in PEI. With the high-speed CAT now running from Bar Harbor, Maine to Yarmouth, Nova Scotia (3 ½-hour cruise), we can connect the dots for you quickly. Please let ActiveTravels know your dates and budget and we’ll design a memorable trip! 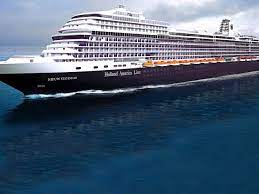 Holland America just announced a new 24-day voyage from Boston to Iceland and back, set to make its inaugural jaunt on August 3, 2022. Aboard one of Holland America’s newest ships, the Pinnacle-class 2,650-passenger Nieuw Statendam, the trip will make six calls in Iceland along with stops at Bar Harbor, Nova Scotia, Newfoundland, and Greenland. In addition to sailing to Iceland, Holland America has announced that Nieuw Statendam will operate a series of 6 to 8-day “Canada & New England Discovery” voyages in 2022 between Boston and Quebec City, with weekend departures. Stops will include Bar Harbor; Charlottetown, Prince Edward Island; and Sydney and Halifax, Nova Scotia. The eight-day sailings add Saint John, New Brunswick. Holland America also said Nieuw Statendam would operate longer “Newfoundland & New England Discovery” cruises between Boston and Quebec City. Ports on this 10-day cruise include Baie-Comeau and Havre-Saint-Pierre, Quebec; and Corner Brook, St. Anthony, St. John’s, Halifax and Bar Harbor. If interested in any of these cruises, please let ActiveTravels know and we’ll check pricing and availability. 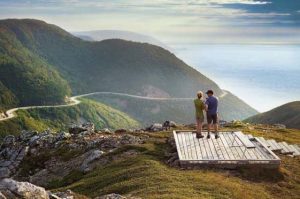 Another part of the world I know exceptionally well are the Canadian provinces of Nova Scotia, New Brunswick, and Prince Edward Island, where I try to return at least once a year. Drive Cape Breton and you feel like you’re in the Scottish Highlands, cruising atop scenic bluffs, taking hikes with moose, visiting whiskey distilleries, and listening to fantastic foot-stomping live Celtic music. But there’s so much more! In New Brunswick, visit the charming seaside village of St. Andrews and then go whale watching, stroll the stunning Hopewell Rocks formation, sea kayak on the greatest tidal shift in the world at Fundy National Park, and search for chanterelle mushrooms with a French chef on the Acadian route to create a memorable seafood meal that evening. PEI offers incredible biking on the 449-kilometer Confederation Trail that runs from one end of the island to the other, a chance to visit the town of Cavendish, best known as the home of Anne of Green Gables, and is known for its gluttonous seafood feasts called lobster suppers. Please let ActiveTravels know the number of days you want to travel to the Atlantic Maritimes and we’ll happily come up with an exciting itinerary.