My Top 5 Adventures in 2009, Canoeing the West Branch of the Penobscot River, Maine 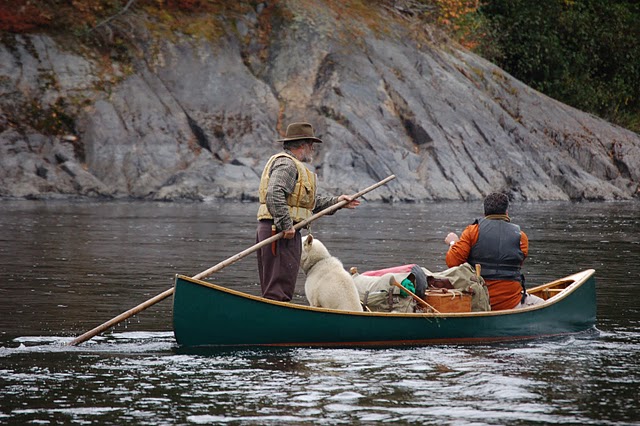 Every newspaper, magazine, and website seems to be picking their top (fill in the blank) of the past year, so I’ve decided to give you my favorite adventures of the year. In early October, when the leaves on the maples were turning yellow, I had the good fortune paddle down the West Branch of the Penobscot River following in the current of the great naturalist and philosopher, Henry David Thoreau. Our guide was Kevin Slater, a legendary Maine paddler and dogsledder who learned these rivers and how to carve his own canoes and paddles from his mentor who he simply called “the Old Timer.” We spent four glorious days on the water, with few other paddlers, spotting moose, bear, loons, and osprey. In the backdrop was mighty Mount Katahdin, the northern terminus of the Appalachian Trail. The story will appear in an upcoming issue of Sierra Magazine, the publication of the Sierra Club. If you want to paddle with Kevin Slater on the Penobscot, you can contact him via his website.