Henry the Eighth, I Am, I Am 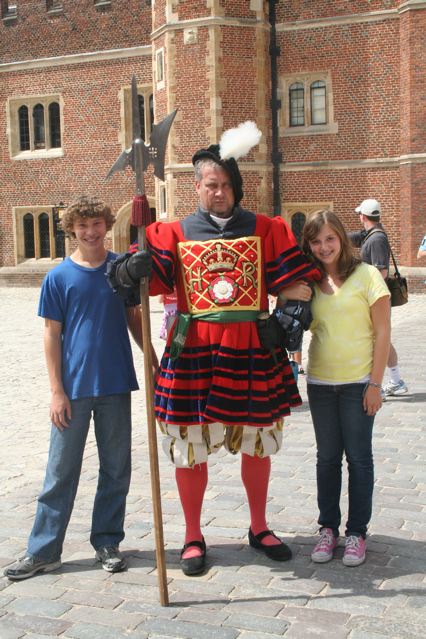 A mere 37-minute train ride from Waterloo Station in London brings you to Hampton Court Palace, the best-loved abode of King Henry VIII. All of Henry’s six wives lived at the palace at one point, including his last wife, Kathryn Parr, who married Henry in the upstairs chapel. Take the audio tour of the Grand Hall, apartments, and cooking area, where they would roast large quantities of beef on a spit, washed down with kegs of beer and far too young wine. Then stroll the grounds and try your luck at the Maze, the oldest maze in England, originally built in 1702. With hedges towering close to 8-feet high, the narrow, winding paths are over a half-mile long. It’s a special treat for the kids after touring the palace. A special treat for music lovers is happening on August 30th, when two of my favorite groups, Brand New Heavies and Incognito play a live concert at the palace. Check it out!