Give Your Grandchild a Gift that Will Last a Lifetime 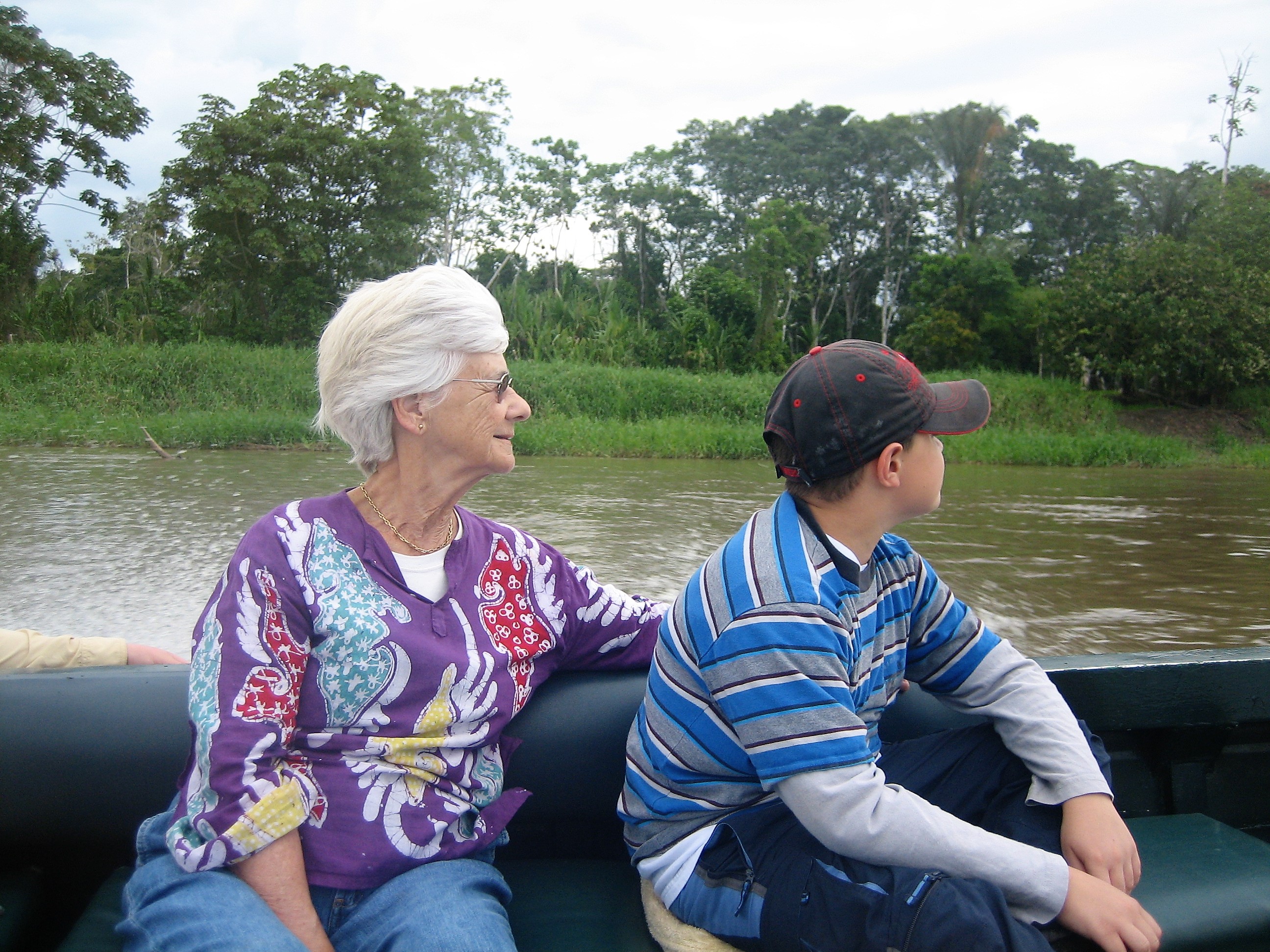 In March, my family will hold a 90th birthday party for my mother. Her intellectual curiosity about the world remains unchanged from the time in the late 1980s when she and my father dreamed up the idea of a “10-year old trip.” They would take each grandchild to a destination of the young grandchild’s choosing (within reason!) once they turned 10. In the mid 1990s, they took my nephew Alex rafting on the Rogue River in Oregon, then my niece Sarah to Costa Rica, where my father was involved with the local environmental group Organization for Tropical Studies. After my father died, my mother continued the tradition, taking my nephew Ben to Machu Picchu and the Galapagos, my nephew Jason to Alaska, my son Jake to the Peruvian Amazon, and my daughter Sophie to Belize (both to the Mayan ruins in the Cayo District and to the reefs on the coast).
These trips, I’m proud to say, seem ideal for ActiveTravels members. I would strongly encourage anyone reading this blog who may have an interest in multi-generational travel to consider something along similar lines. ActiveTravels would love to help you find the right destination and make the arrangements. I am confident that these many journeys had a tremendous impact on both the grandparents and the grandchildren in my family, often exposing the child to adventures they would not have had otherwise and to special bonds with Grandma and Pop-Pop. For several of these grandchildren, a love of the outdoors, or of exploring the world culturally, remains at the forefront of their lives. As my son Jake wrote in a postcard, recently unearthed, to a friend back in Brookline: "In my trip to the Amazon, I’ve fallen in quicksand, eaten a piranha, been skooled in ‘football’ by the locals, seen a capybara, been blessed by a shaman, and been 65 feet up in the trees on a rope bridge. How are you?"
Phote of Jake and My Mom in the Peruvian Amazon Summer 2006