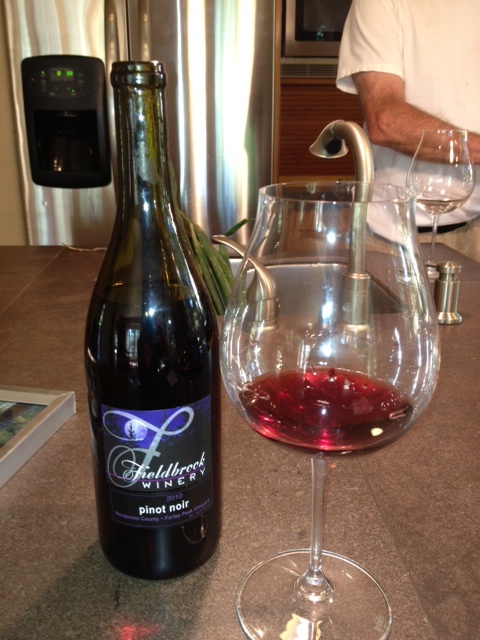 Humboldt County might be best known for its largest cash crop, but if you want to keep it legal, they’re also producing exceptional wine. We realized that over dinner last week at the Victorian Inn in Ferndale when we ordered a 2006 Briceland pinot noir. The fruit was lush with nice hints of cherry and pepper to cut down the tannins. Humboldt Wine Association is now home to 22 vineyards. One of the finest is Fieldbrook Winery, located just outside of Arcata. Owner Bob Hodgson, a former professor of oceanography at nearby Humboldt State University, has been making wine at his glorious country home since 1976. His wines have received their fair share of acclaim throughout the state, especially after winning the “Best of Show” at the San Francisco International Wine Competition. But you won’t find many of the 1000-1500 cases of wine he produces each year outside California. Hodgson wants to keep his merlots, pinot noirs, cabernets, and pinot grigios reasonably priced with more than one third of his wares going to a local wine club.