The Fall and Rise of the Travel Agent 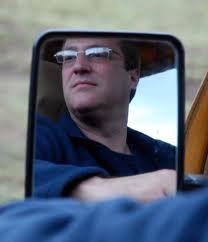 In 1990, I left my job as a broker in Manhattan, booked an open-ended ticket to the South Pacific, New Zealand, and Australia, and wrote my first travel story, “Dining with the Descendants of Cannibals on a Fijian Island” for the Miami Herald. It would prove to be start of a career where I would write more than 1500 stories (over 300 articles for the Boston Globe alone) and visit over 80 countries. Then the recession hit. I lost more than half my editors in 2008/2009 as magazines folded and newspapers either eliminated or greatly reduced their travel sections. Wanting to utilize my travel expertise, I convinced my wife to join me in a business venture and become an accredited travel agent.
Close family and friends scoffed at the idea, as if I just announced that I was becoming a blacksmith. After all, wasn’t it President Obama who suggested in a town hall meeting that travel agents were becoming obsolete? How could they possibly prosper against big-pocket online travel agencies (OTAs) like Expedia, Priceline, Travelocity, and Orbitz? There was just no need for them anymore, or was there? Since we opened our home-based travel agency, ActiveTravels.com, in May 2012, without benefit of advertising dollars or a marketing department, there has been a steady stream of traffic. At a recent breakfast at the Four Seasons Boston for travel agents, many people we met in that room said they had a banner year in 2013.
To read my entire essay on the role of the travel agent, just published in an academic journal by the Boston University School of Hospitality, please click here.

2 comments on “The Fall and Rise of the Travel Agent”