On the Road to Ronda 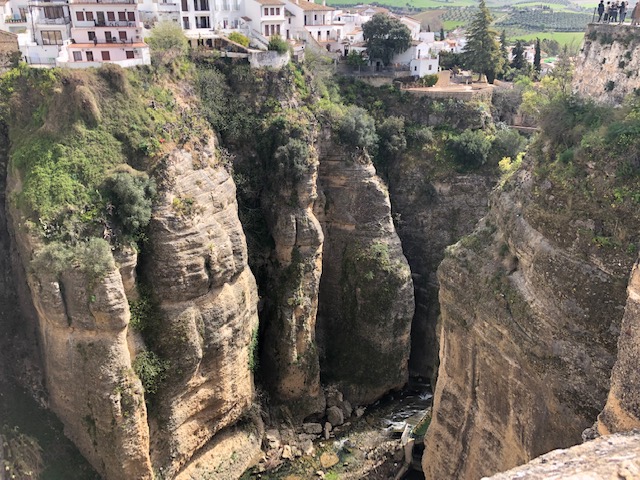 We were picked up promptly at 9 am in Granada by Damir, a driver and guide for a company we’ve been working with more and more in Europe, Daytrip. We could have rented our own car and made the 3-hour trek from Granada to Seville, but it’s so much more relaxing to have someone else drive, especially when you want to stop and visit another town along the way. Two hours later, after sitting in the back of a comfortable Mercedes sedan and peering out at the rolling hills and mountains of this bucolic region of Spain, we arrived in Ronda. Damir guided us around the town, walking along the edge of the famous gorge, touring the oldest bullring in Spain, the one Hemingway wrote about when he lived here (it’s also the town where Orson Welles retired and died), and the historic Moorish settlement at the bottom of the hill. After a lunch of tapas, we arrived in Seville around 4 pm. One of the most relaxing days of the trip.