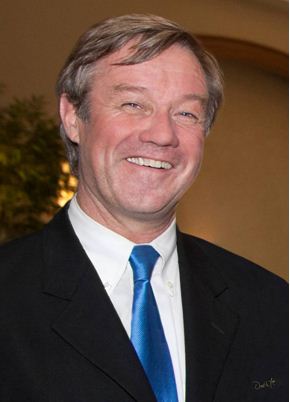 “Steve, do you realize we’re standing at the junction of King and Queen Streets?” Larry Meehan asked in his typical animated tone. “No, Larry. Actually, I thought we were dining at a seafood restaurant,” I muttered. “This is the heart of Colonial Boston,” he would say to me, even more passionate. “Where it all happened!” Every conversation I had with Larry Meehan was peppered with some historical tidbit about his beloved city. Sure, he often spoke about the success of his wife and boys, biking around Martha’s Vineyard the week after Labor Day, when most of the crowds were gone, all the new hotels and restaurants that were popping up all over the city. And he couldn’t resist teasing me about my next Sabena Belgium assignment. One of the first stories I ever wrote was on a store in Faneuil Hall that sold detritus from the city, like seats from the old Boston Garden or a century-old street lamppost. “Is this for Sabena magazine?” he would say with a smile years later, referring to the now defunct inflight magazine.

Larry Meehan was the head of media relations for Boston’s Convention and Visitors Bureau. In the past 23 years as a travel writer, I’ve dealt with PR from cities and countries across the globe and few, if any, were as genuinely fond of the locale they were promoting as Larry. He loved the history of Boston and was so dedicated that he persuaded me to start a local New England Writers (NEW) group with him, to get the word out to travel and food writers on all the topical events happening in the city during the course of the next year. Those meetings resulted in at least two dozen stories for me and countless other stories from the other writers.
Then Larry found out he had cancer and I started seeing him less and less. He didn’t want to burden me with his illness, he told me over the phone. So I started writing letters to him and he would send letters back, drawings on the side, stemming from the days before the Boston CVB when he was a graphic designer. In December he died far too prematurely at the age of 60. This afternoon, there’s a tribute to Larry at the John F. Kennedy Presidential Library. Of course, I’ll be there. But I wish he was there with me, telling me some anecdote about JFK’s life aboard a Navy ship or Jackie O’s wedding dress on inauguration day. Life moves on in Boston, but with the loss of Larry Meehan, there’s a huge void that’s impossible to fill.

5 comments on “Larry Meehan, In Memoriam”