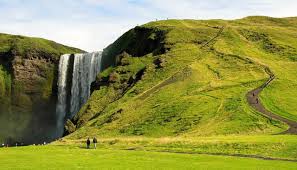 If you’ve seen Ben Stiller in The Secret Life of Walter Mitty, you realize that the diverse landscape of Iceland plays an important role in the movie. Other television series like Game of Thrones also adore the mix of fjords, mountains, and hot springs as their backdrop. A popular destination for Europeans these past two decades, Iceland is finally catching on with Americans. The most acclaimed drive in Iceland is the Golden Circle, with stops at Tþingvellir, the historic rift valley where the Icelandic parliament first convened in 930 AD; Geysir, the geothermal hot spot that lent its name to all geysers; and the majestic Gullfoss waterfall. After the drive, it’s time for a dip in the Blue Lagoon, Iceland’s most famous geothermal pool, before hitting the eclectic restaurants (dishes include smoked puffin breast) and electronic music clubs in Reykjavik. It’s no surprise that Iceland is on the minds of many of our clients for upcoming travels this summer.