5 Favorite Travel Days in 2013, Snowmobiling from Maine to New Brunswick 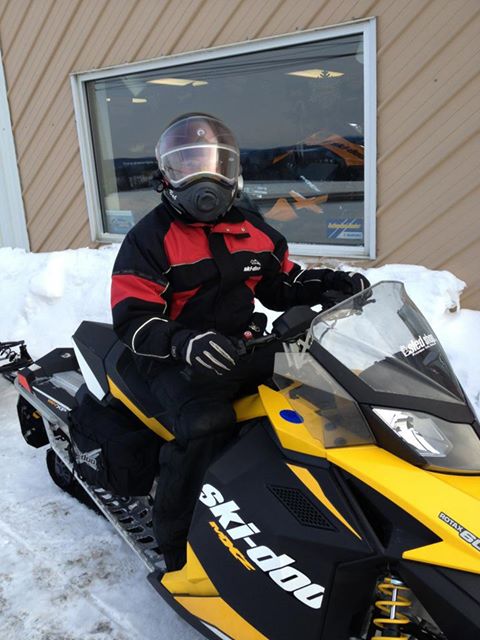 Last January, I flew to Presque Isle, Maine, the northern tip of the state to pen stories for The Boston Globe and Men’s Journal on snowmobiling from Maine into New Brunswick. Aroostook County, Maine, is the largest county east of the Mississippi River, known by avid snowmobilers as one of the top locales in the country to sample the sport. Potato farms connect with long dormant railroad corridors, seemingly endless logging roads through dense forest, and iced-over lakes and rivers to create a mind-boggling 2300 miles of snowmobile trails. But that’s not all. Simply bring a passport and you can cross into the province of New Brunswick to add another 4,000 miles of trail, half of which flows through state forests and parks. That was too good a story angle to pass up.

In the morning, I met Kevin Freeman at his sled shop in Presque Isle. Freeman, a former professional snowmobile race, has logged more than 250,000 miles on snowmobiles in the region so he knows the routes like the back of his hand. He hooked me up with a 110 horsepower Ski-Doo, insulated snowmobile pants, jacket, helmet, and panniers so I could bring a change of clothing for an overnight in Canada. On a 250-mile weekend jaunt, we headed west to Portage Lake to have lunch at Dean’s, a favorite snowmobile stop known for their fish and lobster stews. Then we hit ITS 105, leading northeast from Washburn to Stockholm, a narrow and level railroad corridor where you can easily reach speeds of 75 miles per hour.
At Hamplin, I went through Customs on snowmobile. The Canadians didn’t blink. But when I returned the next day into America, the guy was asking me questions for 20 minutes, like I was some sort of snowmobiling smuggler. “How come your passport is filled with stamps to Israel, Kenya, Ecuador?” “I’m a travel writer.” “Step aside from the snowmobile, please.”
On the New Brunswick side, I snowmobiled with Ross Antworth, general manager of The New Brunswick Federation of Snowmobile Clubs. He led me across a long suspension bridge that glides above the St. John River. Then we made our way to the New Brunswick interior on logging roads past mills and on railroad beds where snowed-over balsams stood like spectators at a marathon. We spotted deer and the rare white ermine that call this forest home.
To top it off, when I returned to Presque Isle, I went out that night with an incredibly talented photographer, Paul Cyr, who’s made a name for himself shooting the northern lights and wildlife. In typical Maine fashion, he humbly insists he’s an amateur photographer. Yeah, and Hendrix is an amateur guitarist. Check out his magnificent work online and then read my story.