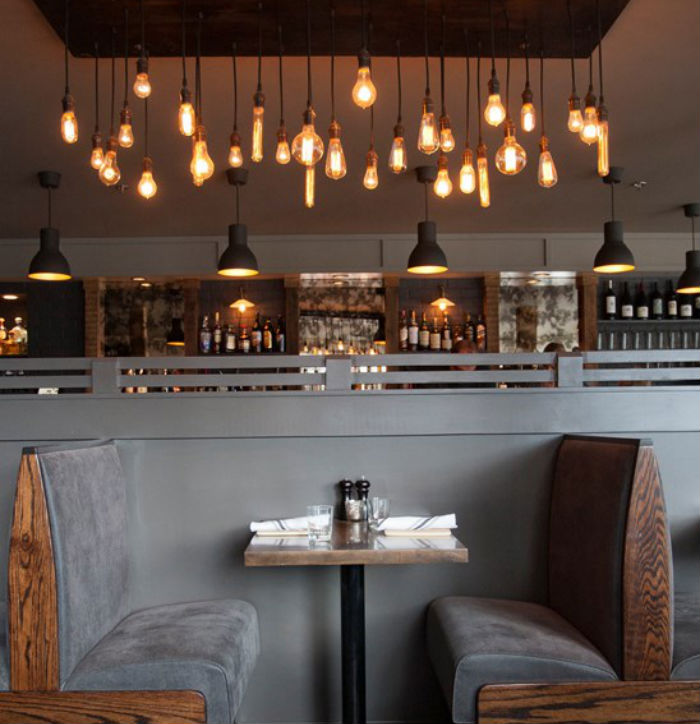 There’s very little “new” in New England and that’s just the way we like it. We’re proud of our history in this little corner of the country, including home to some of the oldest ski resorts in the nation. After all, we’re the hearty bunch who still cherishes the single chair at Vermont’s Mad River Glen. Yes, we’ll happily embrace the new heated bubble chair at Okemo this winter, but we like our predictability. This is especially true of the après-ski scene, where we’ve been going to the same bars and restaurants for years, if not decades. That’s why it’s always a surprise when a new restaurant comes on the scene and creates a buzz in town. This is exactly what happened in Stowe this past March when the small eatery Plate made its debut. Los Angeles natives Jamie Persky and Mark Rosman create a Californian mix of salads made from local produce and meat dishes like a pork belly and egg appetizer. Local microbrews like Lost Nation Brewery from Morrisville are on tap and their signature dessert, the banana pudding, is already receiving rave reviews.

To read about other new restaurants close to ski areas in New England, see my latest story for Liftopia.