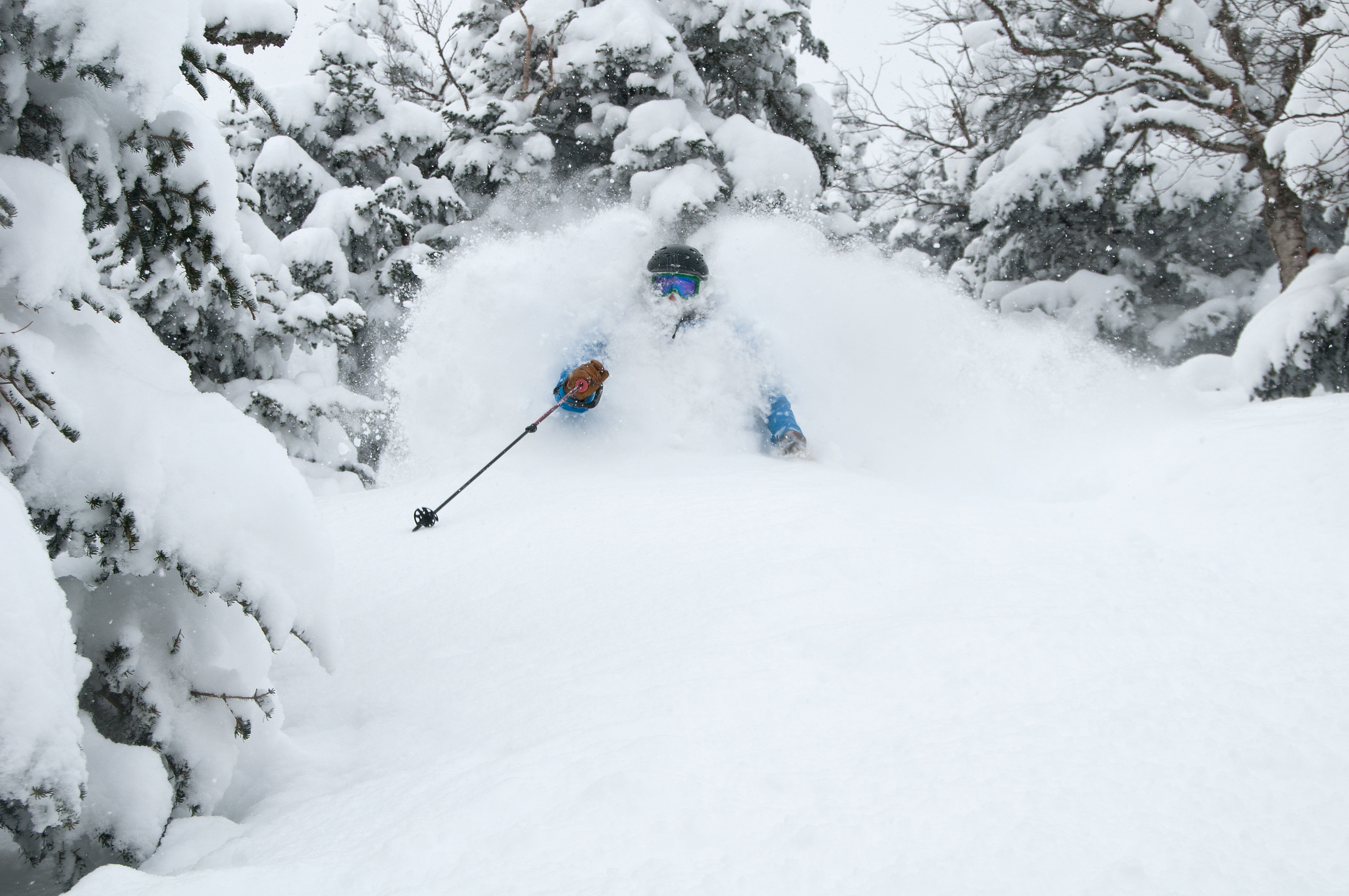 Just in case you missed my blog for Liftopia last week, here’s the scoop on what’s new at New England ski areas. With an additional $43 million of improvements for the 2013/2014 ski season, Jay Peak once again leads the pack with regards to changes in the region. Over the past three years, the northern Vermont ski resort has spent more than $200 million to build the 176-room Hotel Jay, open the largest indoor waterpark in Vermont, and add an indoor skating rink for ice skating and hockey games. New this year is the Stateside Hotel and base lodge with restaurants and locker rooms, a rental center, 84 new mountain cottages, and a complete revamping of the resort’s entrance.
Bill Stenger and Ariel Quiros, owners of Jay Peak, purchased nearby Burke Mountain in 2012. Expect to find a flurry of changes at Burke over the next two years. Phase I (a $98 million investment) will see construction of two hotels modeled after the lodgings at Jay Peak, including the 116-suite Hotel Burke.
Killington plans to unveil their $7 million Peak Lodge this December. Sitting atop the highest lift-served peak in Vermont, at 4,100 feet, Peak Lodge will feature exquisite views of the snow-capped Green Mountains. Killington has also teamed up with Okemo, Pico, and Mount Sunapee in New Hampshire to offer a new season pass, “4.0 The College Pass.” Available to all undergraduate and graduate students for $369 plus tax through December 15, 2013, The College Pass will offer unlimited skiing and boarding at all four resorts. If you plan on skiing Okemo, check out their new 2,200-feet long intermediate glade.
The big news in New Hampshire skiing this year comes from Waterville Valley, which was just granted a long-term special use permit by U.S. Forest Service to undergo its first major expansion in more than three decades. Over the next few years the terrain will be developed on Green Peak, and will include construction of about 44 acres of ski trails, glades and a high-speed detachable quad chairlift. This summer in Henniker, Pats Peak installed a new triple chairlift as part of their Cascade Basin Expansion. The new area consists of 4 new ski trails as well as a new glade. Over at Bretton Woods, further expansion was completed at the recently opened Mount Stickney area. Nordic terrain was added offering cross-country skiers early and late season snow at higher elevations.
See you on the slopes!