Want to see the Northern Lights in the Yukon this September? 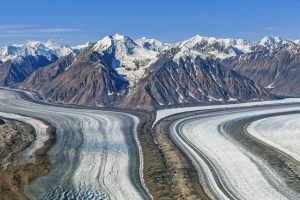 Guest Post and Photo by Amy Perry Basseches
Canada is the third largest country by landmass in the world, containing 10 provinces and 3 territories. Now living in Toronto, I am determined to explore as much as I can. Part of my journey will take me to the Yukon in September, the northernmost and westernmost point in Canada (bordering Alaska). Care to join me?
The Yukon is one of the least densely populated regions in the continent. It’s a wild area, full of mountains, valleys, lakes, glaciers, deserts, and forests…everything you could want to explore in nature (as well as being known for the Klondike gold fever in the 19th century). Less than 10 minutes away from the capital of Whitehorse, the Northern Lights (Aurora Borealis) can be seen perfectly. I’ve been told that September would be a fantastic time to see the Northern Lights, the fall colors, and it’s not too cold!
Here’s my plan.
Sep 7 – Arrive in Whitehorse. Aurora hunting at night.
Sep 8  – Visit the Carcross/Tagish First Nation, also Emerald Lake and Carcross Desert; do some hiking. Aurora hunting at night.
Sep 9 – Visit Kluane National Park, do some hiking.
Sep 10 – Visit the Yukon Wildlife Preserve & Takhini Hot Springs. Aurora hunting at night.
Sep 11 – Morning hiking around Whitehorse. Departure in the afternoon.
4 nights at Coast High Country Inn, Whitehorse.
Guided touring and ground transportation will be with Tobias Barth, the owner of EPIC North. Tobias moved from Germany to the Yukon five years ago. He says, “being here is such a treat, I’m happy every day, it’s paradise here, we have this awesome nature/untouched wilderness all around us.” He’s also an aviation photographer who specializes in glider air-to-air pictures.
Total cost per person in a double room will be (at most) $1630 USD, $2160 CAD (plus 5% tax). Single rooms are available at higher cost. The more people who say “yes,” the lower the price. Deposit of 25%, final payment 30 days prior. The best way to get to Whitehorse is through Vancouver, serviced by AirCanada. WestJet also has some flights, and AirNorth.
Please let me know if you are interested: amypb@activetravels.com