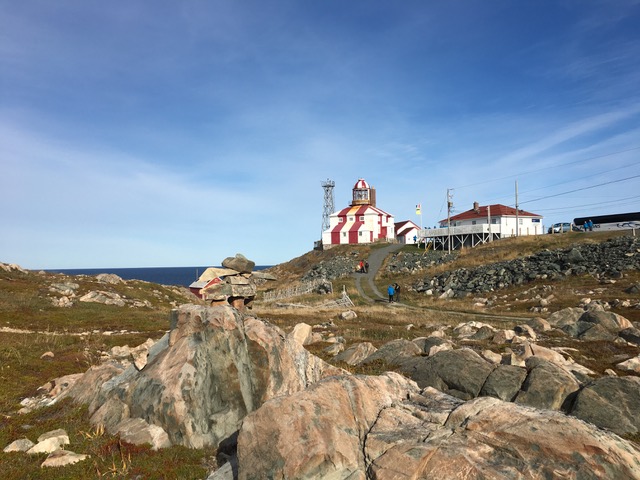 One of the best parts of my Expedition Cruise with Adventure Canada around Newfoundland was the opportunity to visit many small, remote villages and interact with local residents. In 1992, the Canadian government declared a necessary moratorium on the Northern Cod fishery which had shaped Newfoundland’s way of life for 500 years. It was devastating for many communities and impacted Newfoundland profoundly. 35,000 fishermen and plant workers from over 400 coastal communities became unemployed, and thus the province experienced a dramatic restructuring, including considerable emigration. But there are the folks who wanted to stay, no matter what, and who adore their home.

Here are some of the special places I visited:
Elliston: Population 308 in 2016. On the eastern coast of Newfoundland, Elliston is the "Root Cellar Capital of the World," due to having more than 130 documented root cellars. Up until the mid-1900s, it was hard to purchase vegetables here, so most families had a vegetable garden from which they ate all winter, thanks to root cellar storage.
Bonavista: Near Elliston. Built in 1843, the lighthouse at Cape Bonavista is one of the few in the world where you can still climb the stone tower and see the same oil- fueled light that was used in the 1800s.
Little Bay Islands: Population 71 in 2016. On the northeastern coast of Newfoundland, Little Bay Islands was the birthplace of two of Adventure Canada’s on-board Resource Staff, so we got extra inside information about what the town looked like in the 1960s and 1970s when cod still thrived. Now in the process of government resettlement, because the remote location is difficult to provide with services, Little Bay Islands once had 11 stores, three dockyards, three churches, a doctor and a school.
Trout River: Population 552 in 2016. Another small, rural fishing village, Trout River is on the western coast of Newfoundland. It was of great interest to me because a rare blue whale carcass washed ashore there in 2014, which was then preserved by researchers at the museum my husband Josh directs, Toronto’s Royal Ontario Museum. The Trout River blue whale measured 76.5 feet in length and weighed 150 tons. The ROM worked closely with local townspeople to remove and salvage the whale; later, a huge exhibit at the ROM was created. In the harbor at Trout River today, a community display tells the fascinating story of this blue whale. 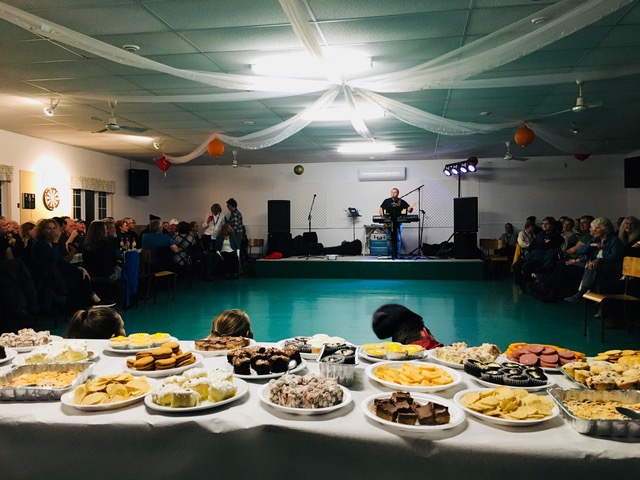 Francois: Population 89 in 2016. Pronounced Fran-SWAY, located on the southern coast of Newfoundland, this town has no roads, and thus can only be accessed by boat and helicopter. It considered and rejected resettlement in 2013. However, Adventure Canada has a special relationship here: every year, when the ship comes into Francois Bay, the locals cook and bake up a storm, and host Adventure Canada passengers at a "Kitchen Party" in the Community Hall. Much music, dancing, drinking, mingling, and eating ensued — all good-natured and fun. Local Darren Durnford plays the accordion, guitar, and fiddle, all by ear!
My personal advice: get off the beaten path when traveling, and you will be rewarded.