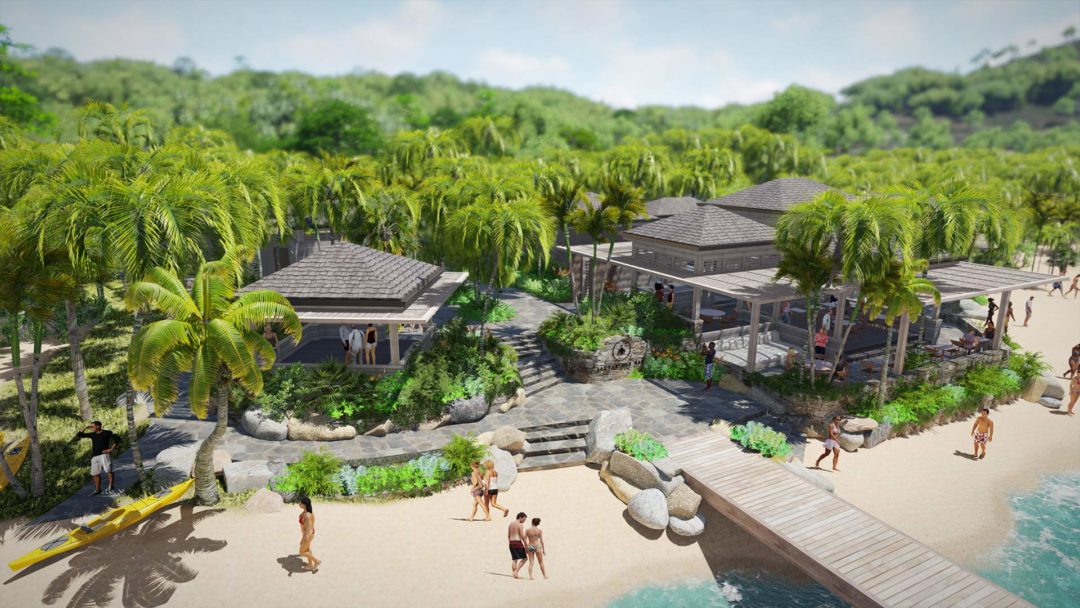 When we last stepped foot on Virgin Gorda February 2018, the island was devastated in the wake of Hurricane Irma. We were sailing the BVIs and the locals were overjoyed to have any travelers to this region. But it was hard not to be saddened by the overwhelming state of destruction. Upon arrival in Tortola, boats were capsized in the harbor, roofs were ripped off houses, and locals were driving cars with broken windows. Classic resorts like Bitter End and Peter Island were in tatters, large tankers beached, homes destroyed wherever you looked. Thus the reason why we’re overjoyed to find out today that the Rosewood Little Dix Bay on Virgin Gorda is now accepting reservations for March 2020 and beyond. Laurence Rockefeller found this wilderness outpost so appealing that he built Little Dix on a deserted beach. The allure comes from the almost primitive feel of this 10-mile long island. There is little shopping, few restaurants outside of the hotels, and the only major site is a snorkeling spot called The Baths, where rock grottos on the shoreline form natural pools. With few distractions, this is the place to book a room for a week, relax on the beach, and read a good thick Russian novel like Anna Karenina that you’ve always wanted to read and never found the time.