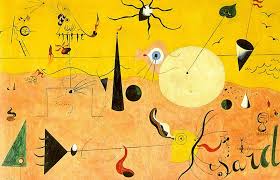 Joan Miró’s first major one-man show in Paris was at the Gallery Pierre in 1925. The private viewing opened at midnight and quickly became legendary, both for the art on the walls and the guest list, which included the Surrealist Andre Breton. Miro’s whimsical works of his vivid imagination will be back on display this fall and winter in Paris, when the Grand Palais presents a retrospective of the great Catalan artist’s body of work. From October 3, 2018 to February 4, 2019, over 150 works coming from the greatest European and American museums, as well as from private collections, will pinpoint the milestones of his career. It’s the first retrospective of the artist since the Tate Modern show in 2010. If that’s not enough of a reason to get you on a flight to Paris, the same Grand Palais is offering a second exhibition this fall on the career of singer Michael Jackson. "Michael Jackson, Off the Wall," on view from November 23 to February 14, 2019, will mark the 10th anniversary of Michael Jackson’s death and examine the contribution of the world’s most famous pop singer to the creative arts over the past 30 years.