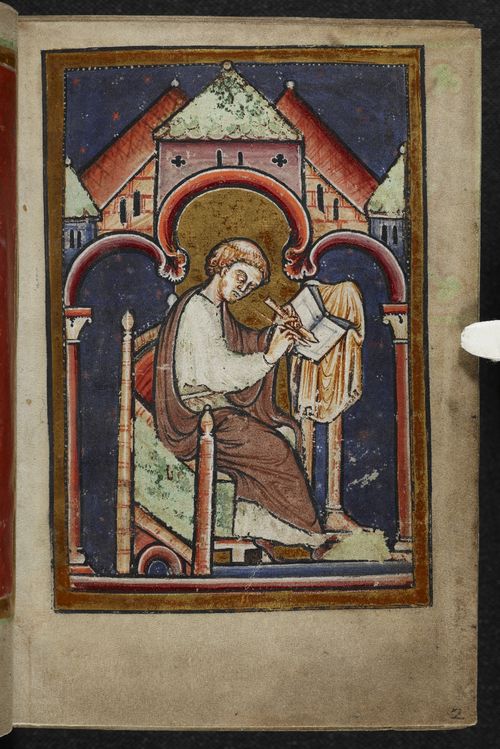 Excited to announce that our good friend and client (we designed an itinerary for her and her husband to visit their daughter in Australia), Lisa Fagin Davis, is leading a trip to the UK in October. Lisa is the Executive Director of the Medieval Academy of America and we’ve seen firsthand her passion for history, including a guided tour of an exhibition she co-curated in Boston in 2016, "Beyond Words: Illuminated Manuscripts in Boston Collections." Participants in this October 23-28 trip will visit two rare exhibitions: "Anglo-Saxon Kingdoms" at the British Library and "Tolkien: Maker of Middle Earth" at Oxford’s Bodleian Library, with curatorial introductions and expert guides in addition to Lisa. These exhibitions overlap for only one week, making this trip a unique opportunity to see them together.

According to Lisa, the real star of the British Museum show is the Codex Amiatinus, the oldest known complete Latin Bible. It was written in England around the year 716 (that’s 1300 years ago, for those keeping score) and left England on a journey to Rome shortly after its completion, where it was to be laid at the shrine of St. Peter in Rome, a gift to Pope Gregory II from Abbot Ceolfrith of Wearmouth-Jarrow. The Abbot died enroute, but the monks who were with him finished the journey to Rome. Eventually, the manuscript made its way to the Abbey of San Salvatore in Amiata (in Tuscany), which is how it got its nickname of Amiatinus. By the eighteenth century, it had landed at the Biblioteca Laurenziana in Florence, where it has been ever since. But it is going back to England for the exhibition!
"My friends at the British Library tell me that this loan was the result of years of secret negotiations. In fact, one staffer recently told me that only a few people in the library even knew the negotiations were ongoing. It was all top secret until the deal was done," says Lisa. Read the full story of the manuscript here.
The Bodleian exhibit will look at how Tolkien’s work in the field of Old English and medieval Scandinavian epic literature shaped Middle Earth, showing his correspondence, drafts, sketches. "For Tolkien geeks, it’s going to be pretty amazing," says Lisa, adding that "Tolkien wrote one of the first seminal studies of Beowulf, a classic article that students of Old English still read today, so it will be great to see the Beowulf manuscript one day and see its influence on Tolkien the next!" Price for the land package is $2580, including 4 nights lodging, most meals, guides, and tickets to all events.