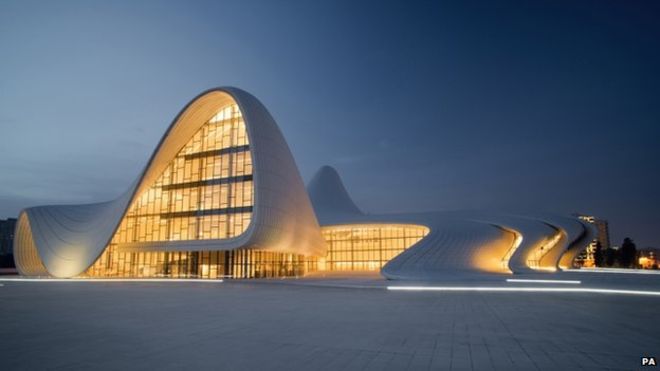 All it took was one stunning building designed by the late great Zaha Hadid and suddenly the world was looking at their maps and searching for Baku. The Heydar Aliyev Centre is a real eye-opener, featuring Hadid’s signature sensuous curves and undulations. When it made its debut in 2014, it quickly received accolades like the Museum Design of the Year award by London’s Design Museum. Yet, it’s only one of the many futuristic structures currently being built in this oil-rich country on the Caspian Sea as the Azerbaijani government continues to spend an estimated $6 billion a year on architectural projects. Baku has an authentic medieval core surrounded by an old city. Old Baku is elegant, with turreted stone buildings. New Baku and its latest skyscrapers surround the old city, eradicating the hideous concrete apartment blocks that were gifts from Russia until the country’s independence in 1991. Stay at the beaux arts-style building that is now home to the Four Seasons Baku. Then take a short stroll over to the waterfront and the 15th-century Palace of the Shirvanshahs.
Outside of Baku, the landscape gets greener and more wooded. Wild horses gallop free in valleys and gorges ringed by anonymous peaks as you pass open-air roadside bread ovens, tea plantations, and sheep herders. The ancient mountain city of Gabala caters to Bakuvians who come for the alpine air and views. Only a 2-hour drive from Baku is Quba, home to Krasnaya Sloboda, a Jewish community of 3,500 whose forefathers came from Iran and Iraq a few thousand years ago, and who live today in perfect harmony with the large Islamic population.