Top Music in 2013, Beyond the Obvious 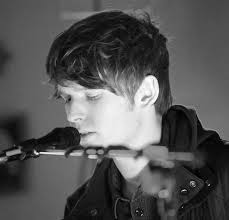 Like I do every year, I listened to every cut on the best songs and album lists from NPR, New York Times, Boston Globe, others. 2013 was another stellar year for music, and I’m not simply talking about the debut of Lorde or the latest release from Vampire Weekend, albums that you’re well aware of. I like to find that rare gem that falls below the radar. Take, for example, this beauty from Brooklyn’s Son Lux, which was released in late October. Yes, I already have tickets to his show at Boston’s ICA on March 21st. I love the sensualized sound of Rhye in “The Fall,” the soulful Billy Holiday-like jazz singing of Cecile Mclorin Salvant in “Womanchild,” the mesmerizing electronica of Rudimental’s “Spoons,” and the highly original “Magical Boy” by DJ Koze. “When I’m climbing lemon trees of feeling…” Robotic, yet hypnotic. Another song I love to play again and again is “Retrograde” by James Blake. Remarkably, he’s up for a Grammy for Best New Artist this coming Sunday. I hope they let him play my favorite, “The Wilhelm Scream.”