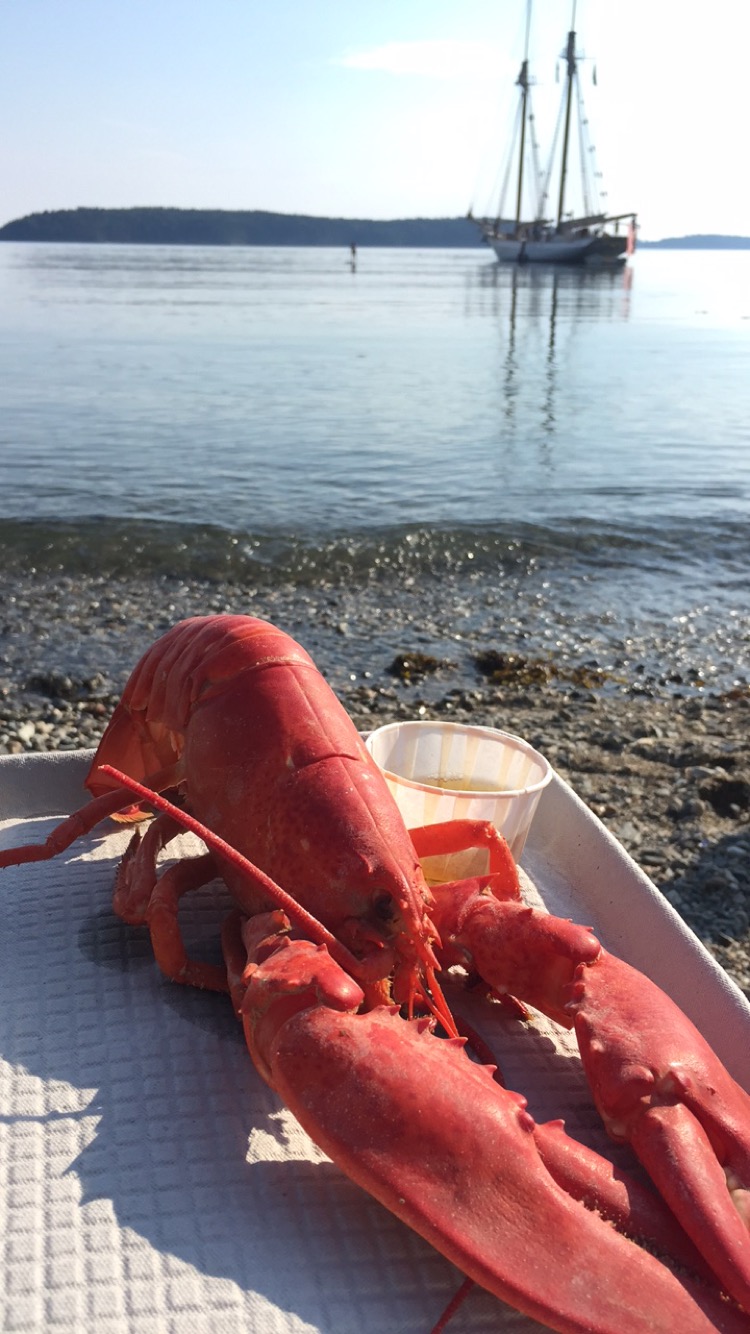 Spending three days with my daughter in August before she left for her first semester of college is a gift I don’t take for granted. A lobster bake on a deserted Maine island after a day of sailing aboard a historic Maine windjammer is just the icing on the cake. Captain Barry of the Schooner Mary Day anchored near a quiet beach with no other boats in sight and proceeded to row us over to shore. The crew built a fire, and then placed two massive pots brimming over with lobsters, corn on the cob, potatoes, onions, and a healthy top layer of seaweed. When ready, Captain Barry threw off the layer of seaweed and grabbed his tongs to place all the lobsters and fixins in a circular design. We each grabbed our lobster and found a spot on the beach to dine.

The lobster opened easily without the need for crackers, as large pieces of tender claw meat was soon dipped into the butter, washed down with a nice, dry sauvignon blanc. Sublime. After polishing off the tail and leaving a puddle of water on my shirt and bathing suit, I could start all over again. See, the best part of a lobster bake aboard a Maine windjammer is that you can eat as many lobsters as you want. Captain Barry tells me that his record is a college student who devoured 13 lobsters in one sitting. Content with my big 2-pounder, I was happy to make the first of several s’mores over the hot wood. Quite sated, four of us decided to swim back to the schooner instead of rowing. A wise decision. The water was clean, cool, refreshing. The dinner far more memorable than all those James Beard-award winning restaurants I dined at last year.