Top 5 Adventures in Florida, Bonefishing in the Keys 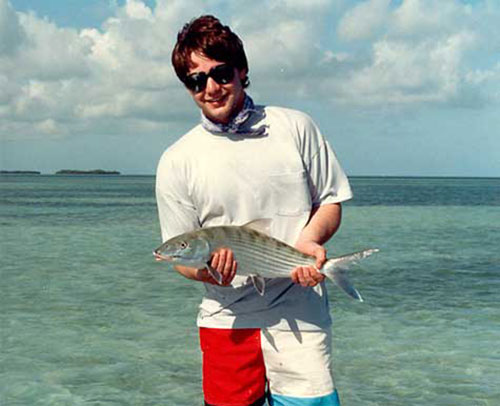 Flyfishing for bones can be one of the most punishing sports known to man. You stalk the flats, cast your long fly with precision, and then watch in utter frustration as the grazing pod scatters every which way. Averaging just four to seven pounds, the bone is so easily spooked that the best saltwater fishermen will often remain mute and in place for hours in order to hook one. The wily fish can sense the boat moving, can feel you wading in the water, can hear you speaking. One awkward movement on your part and off they flee. Yet, a little patience, a graceful cast just beyond the reach of the school, and a bonefish just might take that fly and run off some 75 yards of line in a couple of seconds. You’ll get the feverish feel of what it’s like to be connected to a remarkably fast and furious fish. The reason why inveterate anglers will often tell you that if you “hook a bone, you’ll be hooked on the sport.” Winter is a great time to try your luck on the flats of the Upper Keys. There are a slew of guides. One of the best is Captain Lenny out of Key West.