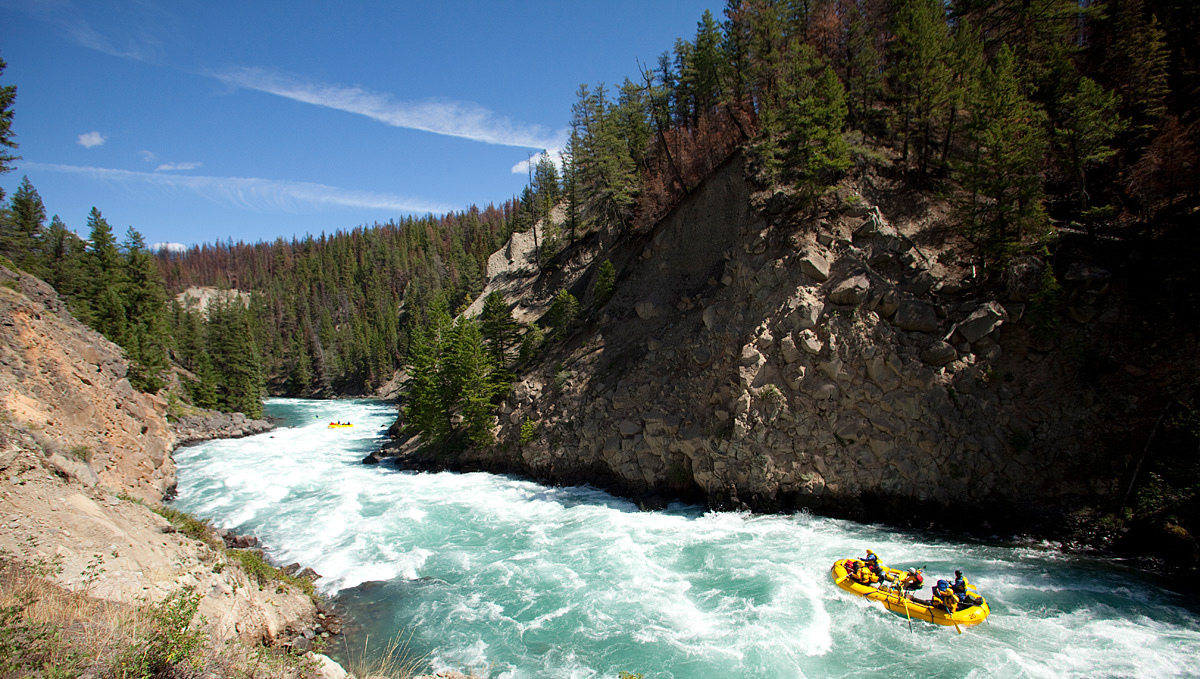 It was 20 years ago when I first met Brian McCutcheon, owner of Rivers, Oceans, and Mountains, or simply ROAM. I had been hired by Men’s Journal magazine to write about the first descent of the Klinaklini River in British Columbia. It was a spectacular journey down a rip-roaring river dwarfed by snowcapped peaks and glaciers. I was accompanying Johnny Morris, the owner of Bass Pro Shops, who came to the Northwest with his entourage to hook salmon on the fly. The fish weren’t biting but the scenery and excitement of riding the Klinaklini more than made up for the lack of salmon.

Like the rest of the West Coast, British Columbia got slammed with snow and rain this past winter. So the rivers are bulging at the seams, ideal for a memorable multi-day paddle. One of the most exciting whitewater rafting runs in North America and a personal favorite of McCutcheon is the weeklong jaunt down the Chilko River in southwestern BC. Take an hour seaplane flight from Vancouver to 4,000-foot high Chilko Lake where a $10 million lodge now stands. Then let the rollercoaster ride begin. You’ll cruise 130 miles, dropping 3,000 feet through a tumultuous blur of lava gorges and narrow chutes. Looming overhead are sloping carpets of forest and jagged peaks. And, on those rare moments when you slow down, you might find yourself staring at an eagle or grizzly. BC also stands for serious Bear Country, home to 12,000-plus grizzlies.