The Tasty Debut of Hungryroot 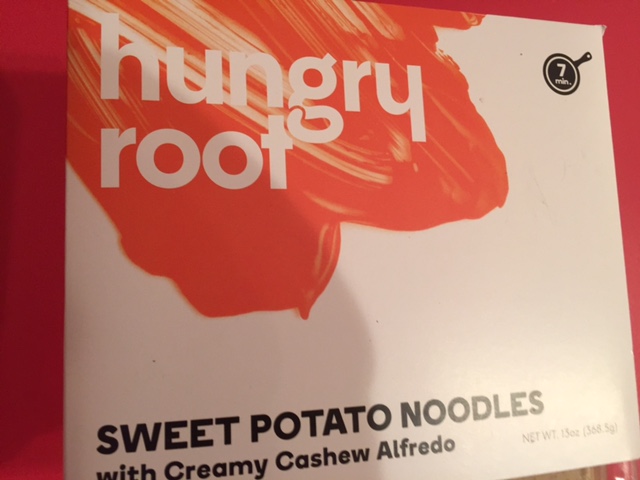 Trust me, when you’re celebrating Passover and trying to stick to a Passover diet—no wheat, no rice—the options become less and less during the course of the week. That’s why I was delighted to hear about Hungryroot, a vegetarian-based 7 minute meal that made its debut on March 31st. Thinly cut vegetables take the place of pasta noodles and are topped with delicious sauces like Thai sesame or walnut pesto. Our favorites were the Zucchini Noodles with Sweet Basil Gremolata and Sweet Potato Noodles with Creamy Cashew Alfredo. You can add chicken to any dish, but it’s really not necessary. Our son, Jake, not one to love his veggies, downed the zucchini meal in record time. Hungryroot is the brainchild of three partners well known in the culinary world. Ben McKean founded restaurant reservation service Savored, which was acquired by Groupon; his partner Greg Struck founded Long Island Iced Tea brands; and chef Franklin Becker founded The Little Beet and starred in Bravo’s Top Chef Masters in 2013. Cost of each dish is $10 and Hungryroot is now shipping direct to clients in all cites east of the Mississippi. By the end of the year, they’ll be nationwide.