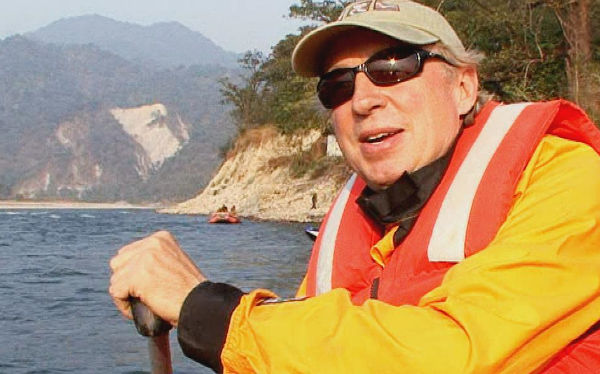 One of my first stories as a journalist was a profile of explorer Richard Bangs for Men’s Journal magazine. Bangs had just published Rivergods: Exploring the World’s Great Wild Rivers. As co-founder of Sobek Expeditions in 1973, Bangs almost single handedly put the sport of whitewater rafting on the map. In fact, he led first descents on 35 rivers around the world, inspiring me to go on my own first descent, an epic whitewater run on the Klinaklini River in British Columbia. The restless Bangs has never been one to rest on his laurels. Lately, he has won two Emmy awards for his documentary work that has taken him all over the world, including trips to New Zealand, Egypt, Morocco, Hong Kong, and Norway. His latest release is South America: Quest for Wonder, now being shown on PBS stations across America. Join Richard as he travels to four of the greatest locales on the continent, Iguaçu Falls in Brazil and Argentina; Easter Island in Chile; the ruins of Machu Picchu in Peru; and the Galapagos Islands of Ecuador. “There are so many wonders in South America, I turned starboard to seek the latitudes of marvels, and this is what I found,” Bangs mentioned in a recent email. Have a look at any of the four episodes and you’ll understand why Bangs’ passion for travel is contagious.