The Hills are Alive with the Sound of Dripping Sap 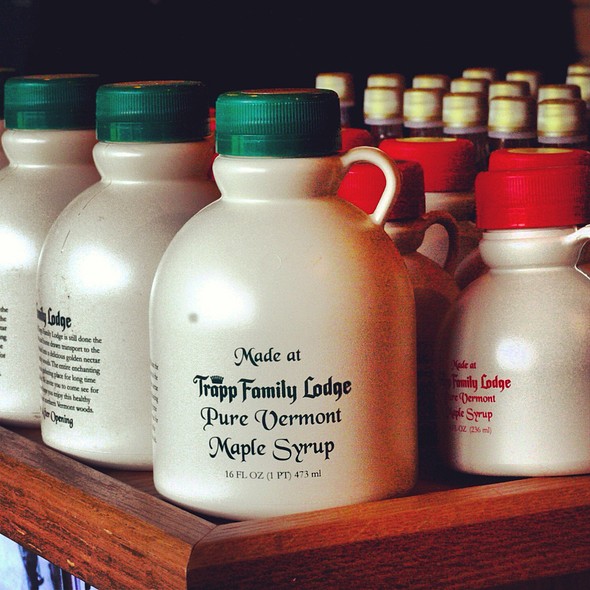 Maria von Trapp, the woman who inspired The Sound of Music, is no longer with us, but Trapp Family Lodge continues to flourish thanks to one of the finest cross-country networks in the northeast, comfy lodging perched on a hillside in Stowe, Vermont, the launch of their new beer hall and microbrewery, and a restaurant that serves a tasty wiener schnitzel. Mid to late March, during the heart of the maple sugaring season, is my favorite time of year to visit Trapps. When it comes to sugaring, the family does it the old fashion way, picking up the sap in buckets with a horse-drawn sleigh and delivering it to the sugarhouse to boil off the water and create Vermont’s “liquid gold.” The 1200 taps produce 300 gallons of syrup annually and the season lasts from mid-March until mid-April. Join in on the fun each Saturday, when you can cross-country ski, snowshoe, or grab that horse-drawn sleigh to the sugarhouse for a traditional Sugar-on-Snow party. The hot syrup is tossed on the white snow to create a chewy maple taffy, served with donuts and dill pickles. If you’re in the area tomorrow, March 11, Trapp Family Lodge will be offering a Maple Sugar Snowshoe Tour from 10:30 to 12 pm. Enjoy a 1.5-mile snowshoe through the woods, then learn about the process of making maple syrup at their sugarhouse.