The Debut of the Nantucket Hotel 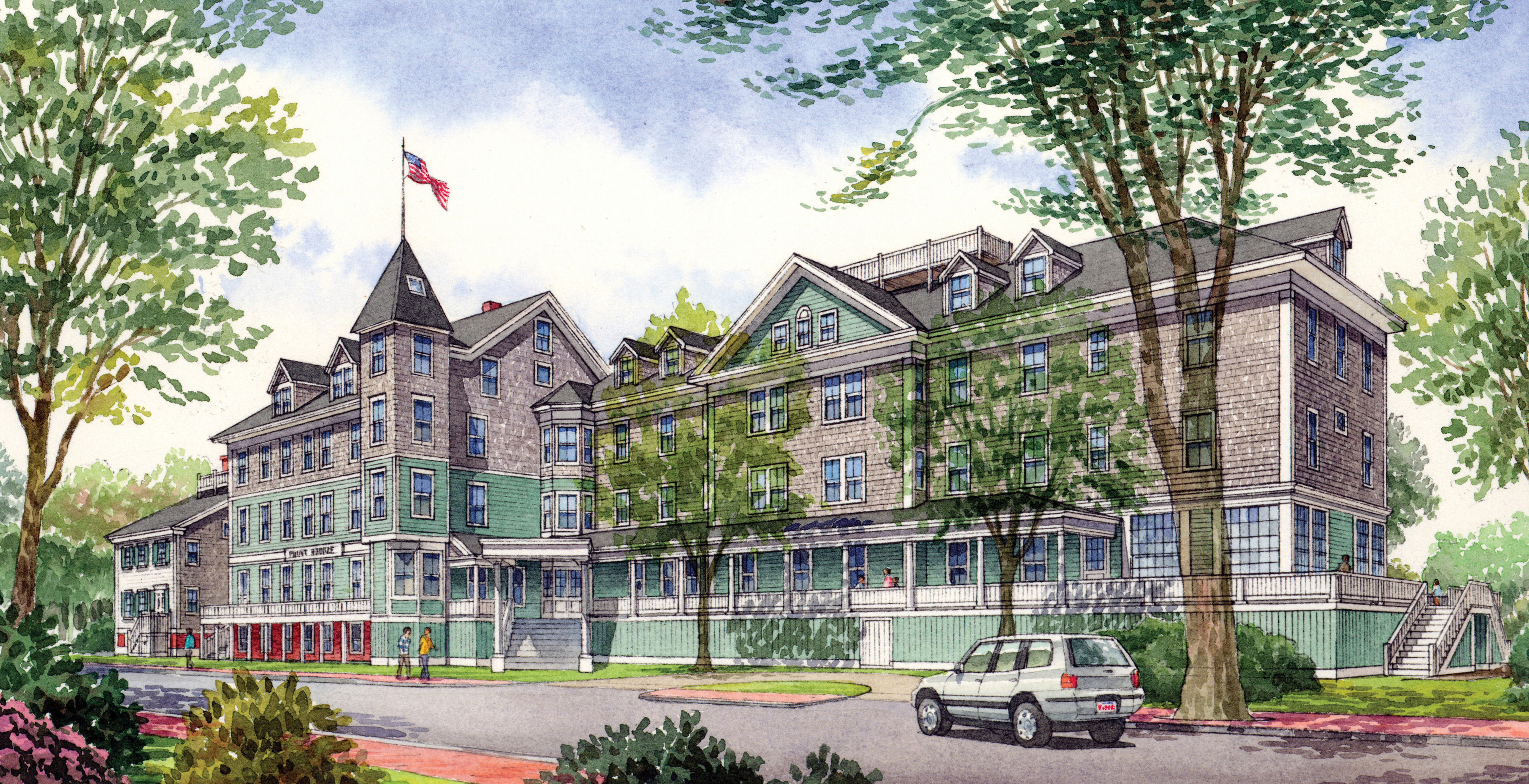 If you’re fortunate to have spent a night or two at the Winnetu Resort on Martha’s Vineyard, you quickly realize that owners Mark and Gwenn Snider have a passion for entertaining, especially the little ones. The parents of three go overboard to keep kids happy, whether it’s a drive aboard a 1947 fire truck Mark found on EBay or free lemonade and fresh baked cookies every afternoon at 3 pm. Expect the same genuine welcome at their new property, the Nantucket Hotel on the neighboring island of Nantucket. One of the last grand dames still standing on the island, the Nantucket (previously the Point Breeze) was built in 1894 in a sprawling neo-classical style. Smack dab in the heart of Nantucket town, the resort will undergo a major refurbishment, retaining the classic façade while vastly improving the interior, making its debut on June 29, 2012 with 60 guest rooms and suites.

With a high-speed ferry that connects Martha’s Vineyard with Nantucket in a little over an hour, the Sniders have the unique opportunity to offer their guests the first ever two-island resort package. Spend the first part of your vacation at the ultra-sybaritic Winnetu, waking up to morning yoga on the resplendent front lawn, walking to that long stretch of fine white sand at South Beach, swimming in the pool, playing tennis on one of the many courts, and savoring an authentic New England clambake. Then simply shuttle over to The Nantucket to stroll on the cobblestone streets, under gas lamps and gaze at more than 800 buildings that were built before the Civil War. The historic setting is so remarkably preserved that you’ll feel like young Herman Melville himself, doing research on the book that made him famous, “Moby Dick.”