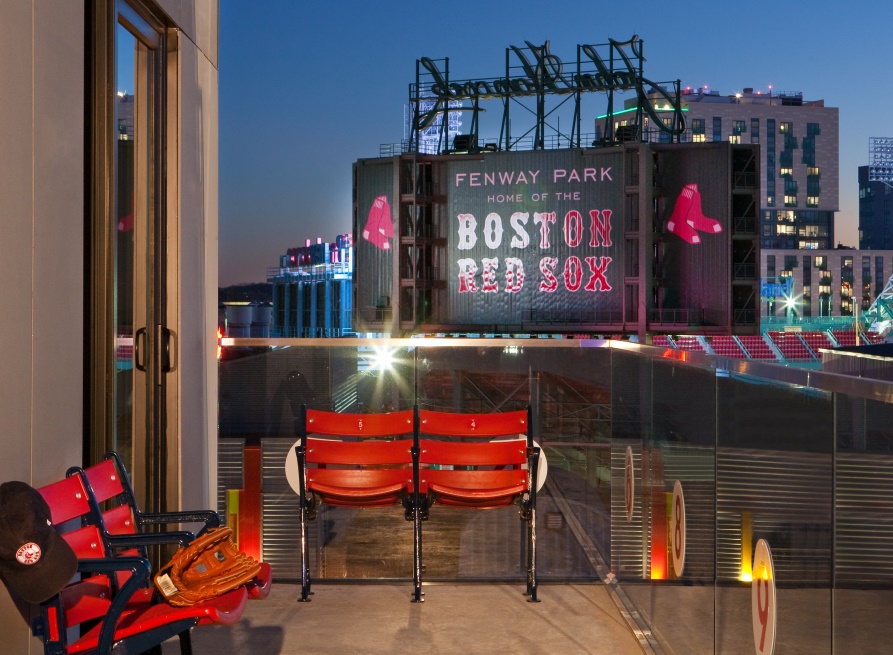 As part of Hotel Commonwealth’s $50 million expansion to double its size, they included another one of their signature theme rooms, one that’s destined to be adored by Red Sox Nation. The new Fenway Park Suite overlooks the iconic park and features original ballpark seats on its spacious terrace along with a mitt where you can catch one of Big Papi’s last home runs. Fenway Faithful will also relish all the memorabilia indoors, including the #6 from The Green Monster scoreboard, originally given to Johnny Pesky when his number was retired in 2008; signed baseball and vintage baseball cards from Ted Williams, Bobby Doerr, Dom DiMaggio, and Johnny Pesky; actual tickets from 1946, 1967 and 1975 World Series games; a coffee table signed by numerous Red Sox legends; and mixed-media artwork of Carlton Fisk created by Massachusetts artist Stephen Sheffield to celebrate the 100th Anniversary of Fenway Park. And forget that mint on the pillow. Guests staying in the Fenway Park Suite receive a bag of Fenway dirt as a special turndown amenity.