The Caped Crusader of Birds, the Razorbill Auk 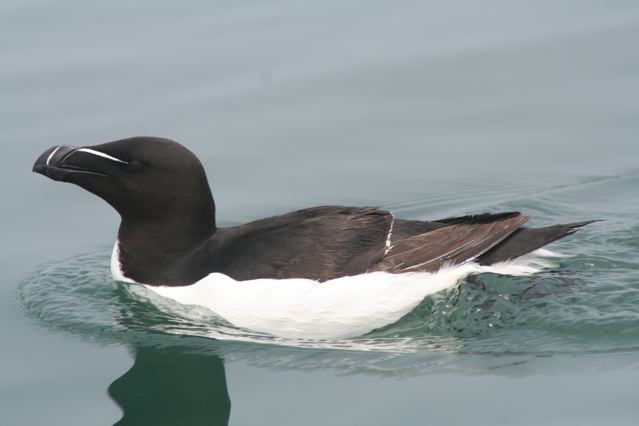 I was in Maine last week researching an article on birding for Yankee Magazine. My wife and I took a boat from a small fishing village in Down East Maine, Cutler, 10 miles off the coast to the southernmost nesting spot of the Atlantic puffin, Machias Seal Island. As soon as we arrived on the rocky shores, the plump black and white birds were whizzing over our heads finding herring to bring back to their young. We got close enough to the puffin to see its colorful beak, which was worth the ride over in the fog. However, we were also there to see another highlight, the black-hooded razorbill auk. A bright white line can be found under the bird’s eye. Contrasting with its sleek black head, the bird has the look of a superhero straight out of Marvel Comics. It was just as mesmerizing as the puffin to view. You can venture out to Machias Seal Island on a 4 to 5-hour jaunt with Captain Andy Patterson.