Take the Ski Bus from Quebec City to Le Massif 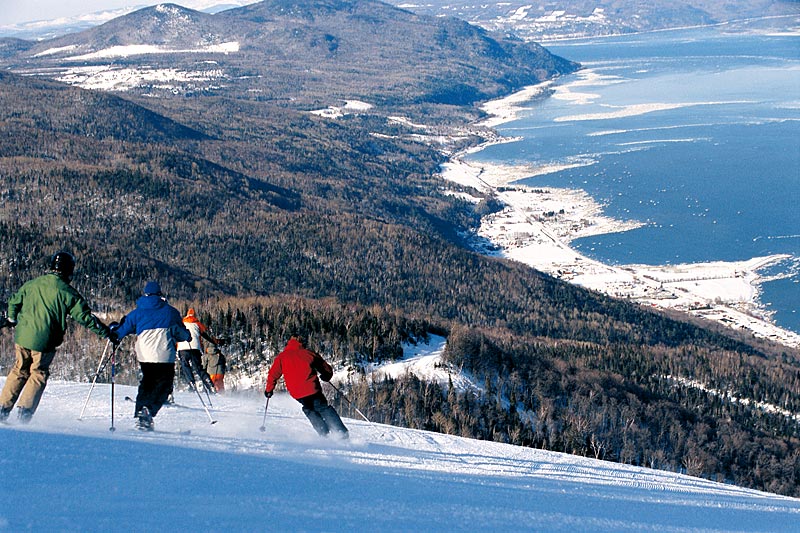 When I last skied Le Massif and penned a story on the mountain for The Boston Globe, I took a train from Montmorency Falls, just outside Quebec City. I learned last night at a Quebec press event in Boston that the train no longer runs in winter. However, you can still take the Ski Bus, which picks you up at your hotel in Quebec City and drops you off at Mont-Saint-Anne and Le Massif. Skiing down the trails of Le Massif, overlooking the expanse of the St. Lawrence Seaway, you feel like you’re going to plunge straight into the water. Le Massif also offers guests the rare chance to go rodeling or luging down a 7.5-kilometer trail on the northern face of the mountain. The exhilarating two-hour trip starts with a snowcat ride to the top of the trail, where you’re handed a small sled. Then you start cruising downhill, curving around banks, and sweeping over hills, all with that same glorious view of the St. Lawrence. It’s a blast!

If you love Paris in the springtime, then you’ll adore Quebec City in the wintertime, where, for 17 days, the party never stops. Quebec City’s Winter Carnival is the largest in the world, attracting more than one million people. The 60th anniversary takes place from January 30 to February 15, 2015. Sled down an ice chute, view the impressive ice castle, made from 1600 blocks of ice, eat maple syrup on snow, and see some of the major events like Le Grande Virée, a dogsled race that cruises through the heart of the historic Old City. Combined with the skiing at Le Massif, it’s the ideal to experience of the joie de vivre of this French-speaking city.
I’m off to see my son’s jazz band perform at his college, then spending Thanksgiving week with family. I’ll be back on December 1st.  Have a Happy Thanksgiving!