Staying at the Shack Up Inn in Clarksdale, Mississippi 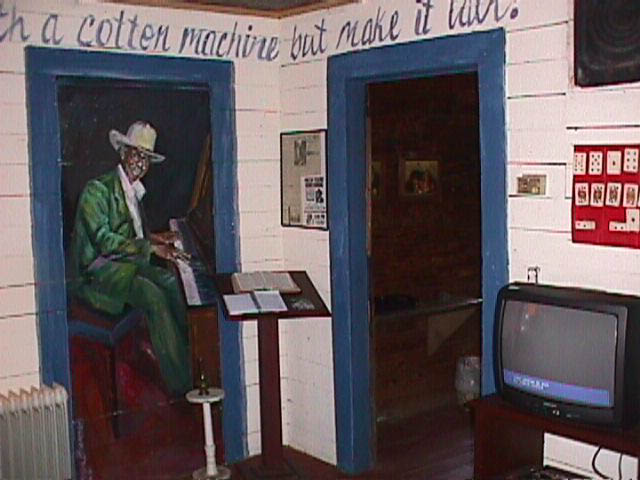 The death last week of 97-year-old blues great Pinetop Perkins reminded me of the night my brother and I spent at the Shack Up Inn, one of the most unique accommodations in the country. Set on the Hopson Plantation in Clarksdale, Mississippi, where the mechanical cotton picker made its debut in 1941, owner Bill Talbot converted six former sharecropper shacks into his own version of a B&B (bed and beer). Each rambling shack pays tribute to a blues legend (Clarksdale is the birthplace of the blues), like the one we stayed in dedicated to boogie-woogie pianist Perkins, who once worked at this same plantation. As you would expect, this is no luxurious retreat. Yet, what it lacks in comfort—thin mattresses in the two bedrooms and rusted sinks in the bathroom—it more than makes up with personality. There’s a large mural of Pinetop at the piano, blues playing on the TV, a fridge stocked with beer, and beaten sofas on the front porch that overlook the cotton gin. The place has a loyal following of blues aficionados from around the globe, as evidenced by this quote in the guest book, “Pinetop, thank you for keeping me company on our long drives together.  I love and admire you.”

This week I’m going to delve into my most memorable night stays.