Sea Kayaking the Bay of Fundy 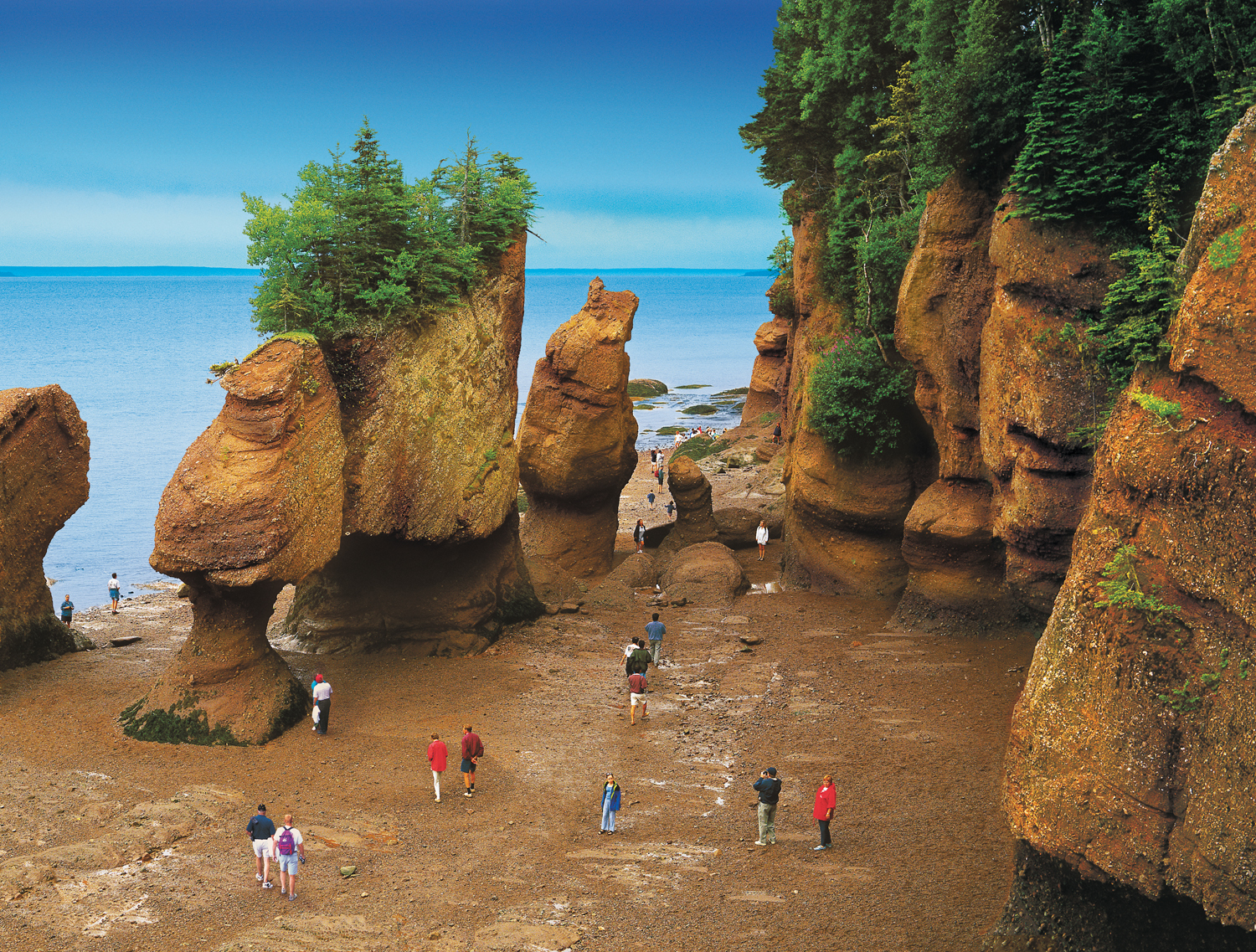 On my last day in New Brunswick, I headed an hour drive southwest of Moncton to Fundy National Park. The Bay of Fundy is home to the highest recorded tides in the world, often in excess of 40 feet, so I’ve always wanted to check out the current on a sea kayak. In Alma, I met up with Fresh Air Adventures for a half-day jaunt along the rugged coast. We had to paddle against the winds on the way out to open water, looking at Nova Scotia across the bay. The big of body of water was quiet, no fishermen, no other sea kayakers, as we made our way along the shoreline. Tall spruce and firs stood tall atop the craggy rock. When we stopped at a deserted beach, we spotted deer. After a snack, we cruised with the current, practically surfing atop the waves back to town. Even with the strong current, the long sea kayaks were sturdy and I never felt like I was going to go for a dip in the frigid waters. For an encore, we stopped at Hopewell Rocks on the drive back to Moncton. The iconic image of the Bay of Fundy, the tall rocks are carved by the perennial surf and are always evolving. Often referred to as “flowerpot rocks,” many of the formations have trees sprouting out of the top, thus resembling flowerpots. We can check this one off the bucket list.