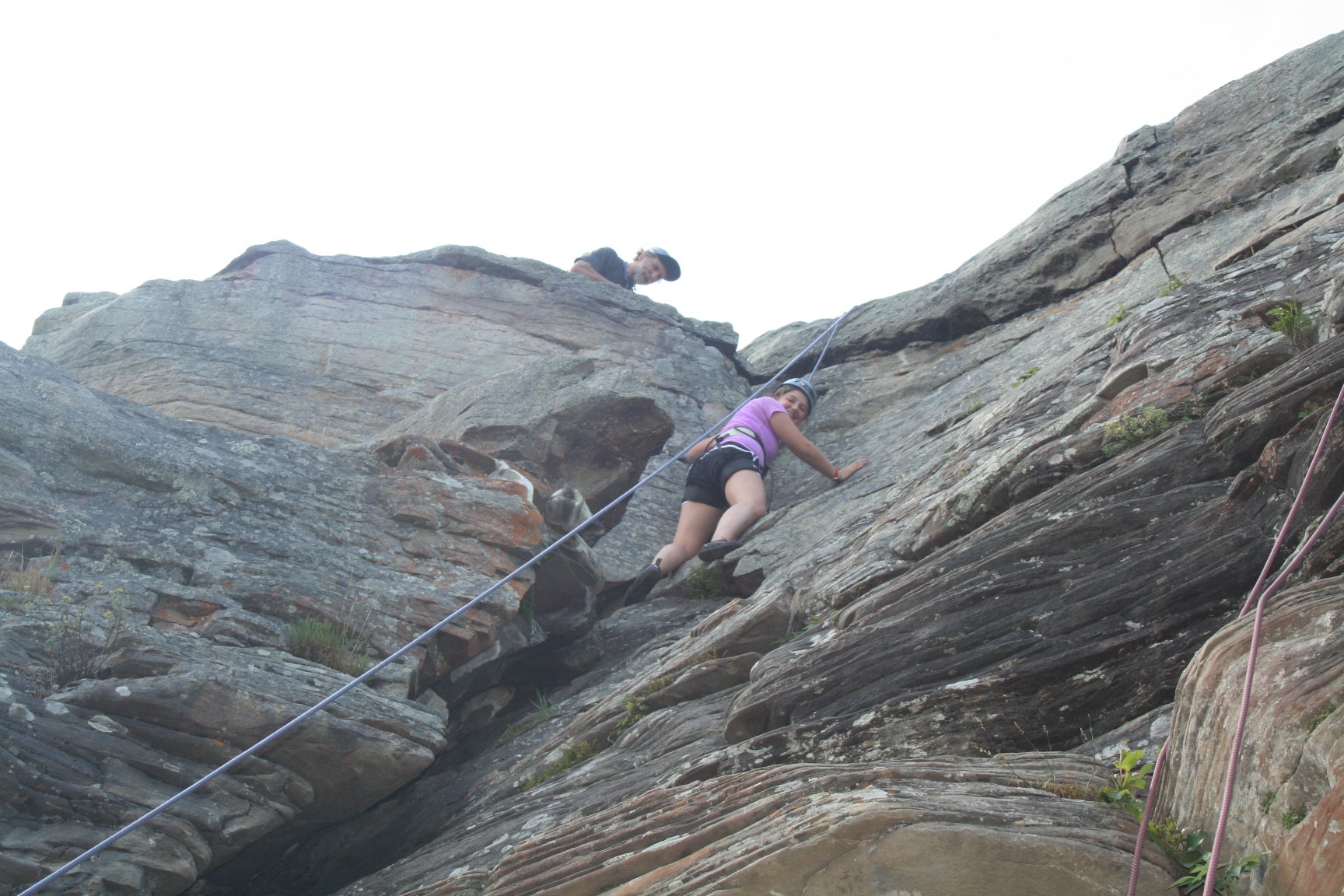 Less than an hour outside of Calgary, you reach the U-shaped valley of Kananaskis, the tumultuous river of the same name that beckons whitewater rafters and kayakers, and the snowcapped jagged peaks of the Canadian Rockies that’s ripe with hiking and rock climbing opportunities. Albertans have no qualms about letting the masses rush by on their way to Banff, Lake Louise, and the Icefields Parkway up to Jasper. This is their mountain playground and what a spectacular spit of scenery it is.

On a family vacation with Austin Lehman Adventures several weeks ago, we hooked up Dave Stark, a highly respected guide at Yamnuska Mountaineering. So well-respected, in fact, that on the steep trail up to the rock face on Mt. Yamnuska, a man smacked Dave on the chest while passing and said, “Have fun up there, Dave.” Moments later, the soft-spoken guide told me that guy was the first Canadian to ever climb Everest back in 1982.

The sedentary rock was perfect for finding ledges you could grip with your hands or plant your feet. We threw on our harnesses as Dave went over ways to grip the rock through edging, using the inner part of the soft-soled shoes to balance, or smearing, heading straight up as you rely on the traction of the sneaker. While my son is an expert at the indoor wall climb, none of us had ever tried rock climbing before. Especially on a wall of rock that overlooks the spectacular valley below. Jake was first and climbed up the face like Spiderman. Yet, it was my 13 year-old daughter, Melanie, who really impressed me. She went up twice, doing the more challenging climb the second time. I know because I did it, barely. When I made it to the top on that first climb, I looked down and freaked out. Especially when Dave shouted to kick my legs off the rock and rappel down. After the slight hesitation, I did what he said and soon found my way back at the bottom. You really can teach an old dog a new trick. One that turns 47 years of age today.