Ogunquit Still My No. 1 Beach Town in New England 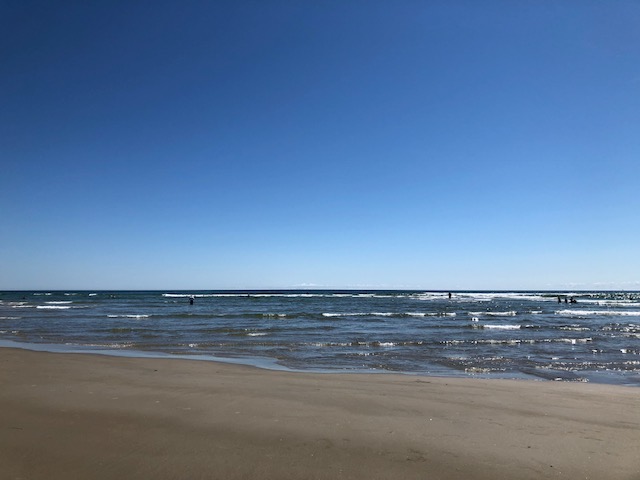 To celebrate a big birthday for my mother-in-law, 14 members of the family made their way to Ogunquit, Maine in mid-July for 3 nights. I haven’t been back to Ogunquit since I wrote my cover story for Yankee Magazine on the Top 25 Beach Towns in New England, naming Ogunquit over Provincetown as the best beach town in New England. I was happy to see the article from the July/August 2012 issue framed on the wall of The Beachmere Inn, where we stayed. After a memorable weekend, I can honestly say that I made the right choice naming Ogunquit my number one beach town. I ditched the car in the parking lot and didn’t see it again until I left. The view of the Atlantic and the 3 ½-mile stretch of beachfront from the Beachmere was just as glorious as I remembered. We would stroll down the sloping lawn to the Marginal Way, and either take a left to hit the beach or veer right to walk along the rugged shoreline to the restaurants in Perkins Cove. The big birthday dinner was held in a private room at MC Perkins Cove, a restaurant I first discovered when it debuted, reporting for Boston Globe Magazine’s Best of the New issue. The meal and service were both exceptional. So was our first night’s dinner at Oarweed at an outdoor table overlooking the Atlantic, digging into the freshest lobster I’ve had in a long time, washed down with a Blueberry Ale.

Yes, both P’town and Nantucket have excellent restaurants and beaches. But where Ogunquit excels is theater and other cultural offerings. Gershwins’ An American in Paris, staged at the historic Ogunquit Playhouse, was a fantastic rendition of this complex play, featuring tap dance, ballet, and songs (see it before it closes on August 4th).  We visited the Ogunquit Museum of American Art to see the Lois Dodd show, only to be serenaded by the poetry of Richard Blanco, who just happened to be there that day. Blanco is best known as being the poet who spoke at President Obama’s second inauguration and his words, which were paired with photography on exhibit, are incredibly moving. Ogunquit, I have a feeling I’ll be returning far more frequently in the future.