Nova Scotia to Restart Ferry Service from Maine Next Summer 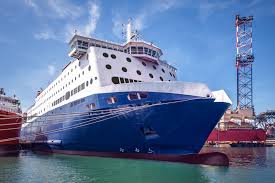 Great news out of Nova Scotia yesterday with the announcement that the province of Nova Scotia has signed an agreement with Nova Star Cruises to re-establish round-trip ferry service between Portland, Maine, and Yarmouth, Nova Scotia, starting May 2014. The ferry service ended in 2009, forcing New Englanders to drive through New Brunswick to reach Nova Scotia, making the trip far more arduous. As part of the agreement, the Province of Nova Scotia will provide Nova Star Cruises with up to CDN $21 million of financial support over seven years to assist the company with re-establishing the ferry service. Nova Star will leave Portland each evening at 8 pm EST and arrive in Yarmouth at 7 am AST the next morning. The ship will depart two hours later and arrive back in Portland at 5 p.m. local time. If you’re considering visiting Nova Scotia, PEI, New Brunswick, and Newfoundland, this might be the summer.