New U by Uniworld Cruises Catered to Younger Clientele 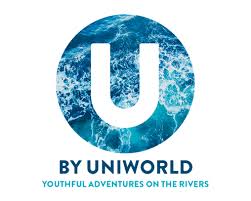 It’s no surprise that a river cruise appeals to all ages. Just ask active travels tour operator, Backroads, who teamed with AmaWaterways to bring families to the Danube River. Ever since they started these cruises in 2016, the demand has far exceeded number of available berths. The chance to ride along the river on bike paths during the day though small European villages and then catch up with the cruise for cocktails, dinner, and your room for the week (no packing and unpacking) is ideally suited for all age groups. The problem, especially if you’re a Gen-Xer or Millennial, is the average age on many of these river cruises is 68. That’s why we’re happy to introduce U by Uniworld, tailored to ages 21 to 45. Making its debut on April 14 with shiny black exteriors, the two vessels are slated to sail the Danube, Rhine, and France’s Seine River. Not surprisingly, these smaller ships are already starting to book up. If interested, give ActiveTravels a call to check availability.