Natchez to Celebrate its 300th Birthday in 2016 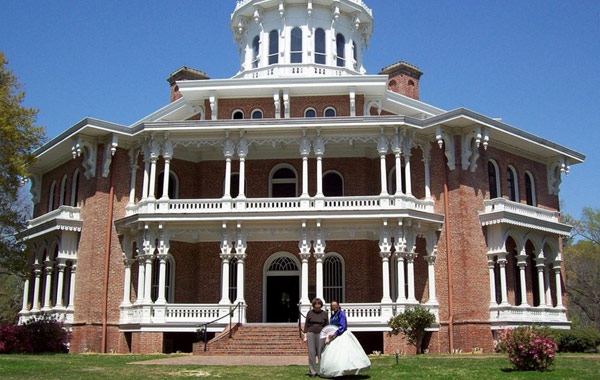 Head south on Highway 61 through the rolling green farmland of the Delta and you’ll find the zig-zag shaped trenches Union and Confederate troops dug during the Civil War’s bloody Siege of Vicksburg, now a National Military Park. Another hour of driving and you’ll reach that gem on the Mississippi River, Natchez. During its heyday prior to the Civil War, when cotton was king, Natchez had more millionaires per capita than any other city in the country. They built palatial estates that were largely spared during the Civil War due to its proximity to Vicksburg. The Union soldiers that survived that battle and made it to Natchez burned the cotton fields but left the homes intact. More than 150 of these structures still stand, including many that are still in private hands.

To celebrate its 300th birthday, Natchez is throwing a yearlong party in 2016. One of the best ways to see this queen of antebellum architecture is during the Spring Pilgrimage, held March 5 to April 5. Guides dressed in period costume bring visitors on morning and afternoon tours of these historic homes. Be sure to visit Longwood, a six-story octagonal-shaped house that was never finished due to the Civil War. Many of the original furnishings are on display including crates sent to the owner’s wife, Julia Nutt.
If you spend the night at the Monmouth Plantation, you won’t have to dress in costume to feel like the regal owner of a southern plantation. Mint juleps are served in a frosty silver cup promptly at 6:30 in the Quitman Study. Then everyone retires to the dining room, an ornate parlor adorned with long chandeliers and portraits of General John Quitman, who called Monmouth home in the 1820s. The distinctly southern menu features crawfish chowder with just a hint of Tabasco, and lump crab cakes, also spiced, this time with a jalapeno hollandaise dip. Entrees include a mustard-crusted rack of lamb in a tangy tomato-based demi glace. The highlight of this sybaritic retreat, however, are the meticulously landscaped grounds, shaded by centuries-old oaks and their thick dress of Spanish moss, and bursting with the colorful azaleas that come to life in the spring. Monmouth is a peaceful oasis to whisk away an afternoon or two in the Old South with a good long book like Gone With the Wind.