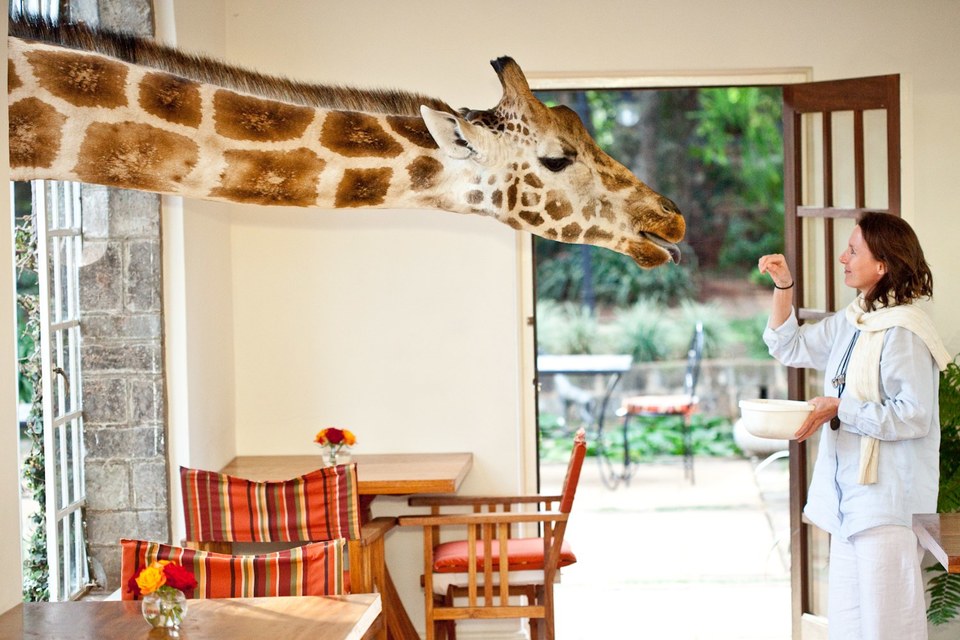 Yes, the chance to kiss a giraffe as he sticks his head through the window of the estate should not be overlooked. Take it from someone who has done this personally, a giraffe’s tongue is almost as long as his neck. No, the reason we like to book Giraffe Manor in Nairobi for our clients before or after a safari is its great location in the city, close to Karen Blixen’s former home and near the David Sheldrick Elephant Orphanage. Unfortunately, the 10-room boutique property is often sold out. Thankfully, they just added two superior double rooms. Called Edd and Selma, they’re named after two of the Manor’s beloved giraffes. Go have a look and a lick!