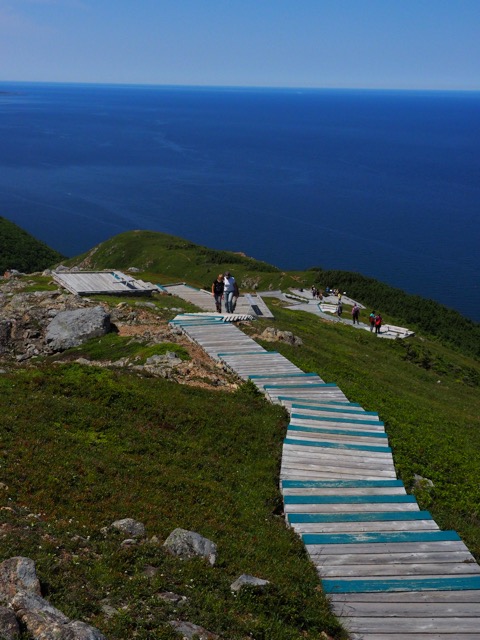 “Probably not going to see a moose today,” said a park ranger at the beginning of the Skyline Trail. “It’s a hot day and they’re lying low in the brush,” he added. Not that it matters. The Skyline is one of the most glorious hikes in the Maritimes, a great overview of the breathtaking terrain displayed at Cape Breton Highlands National Park. Listening to bullfrogs and a woodpecker hammering away, we took a serene stroll through a boreal forest lined with buttercups. Every now and then we would get a glimpse of the sea in front of us and look back at the mountains and the carpet of forest. Then you reach the piece de resistance, a series of steps and platforms that reward you with magnificent vistas of the water and the circuitous road rising through the velvet green hillside that’s one of the best coastal drives in North America, the Cabot Trail. After our fill of the scenery, we made our way back down and said goodbye to the park ranger. Less than a 5-minute walk from our car, we heard loud ruffling to our left and spotted a mother moose and her two young calves chowing down on the foliage. Some days, you can get your icing on the cake. 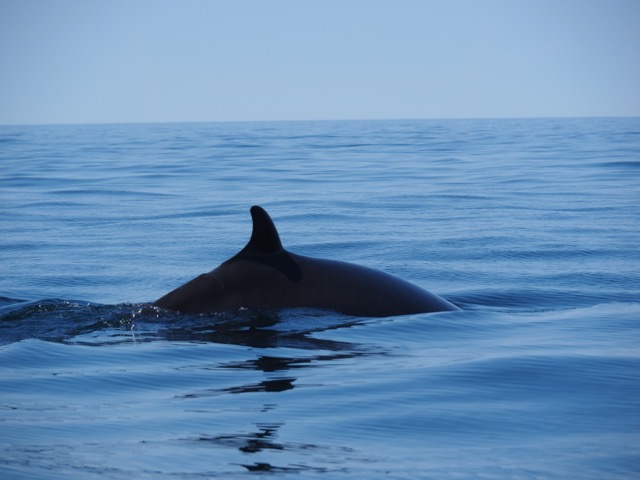 That afternoon, we signed up for a zodiac tour with Captain’s Mark’s Whale and Seal Cruise in nearby Pleasant Bay and were treated to the bounty of sealife. Within 5 minutes from the dock, we spotted the graceful arch and fin of a minke whale, one of 40 minkes we probably found over a 2-hour span. Adding to the pleasure was a colony of gray seals popping their heads out of the water like periscopes, harbor porpoises, a bald eagle perched on a tree high atop a bluff, and the frightening tentacles of a lion’s mane jellyfish. Then we drove another hour on the Cabot Trail to the Keltic Lodge, where we downed pints of Big Spruce Regatta Red Ale while staring at the massive bluff they call Cape Smoky jutting out into the Atlantic. Not a bad day.
(Photos by Michael Berger)