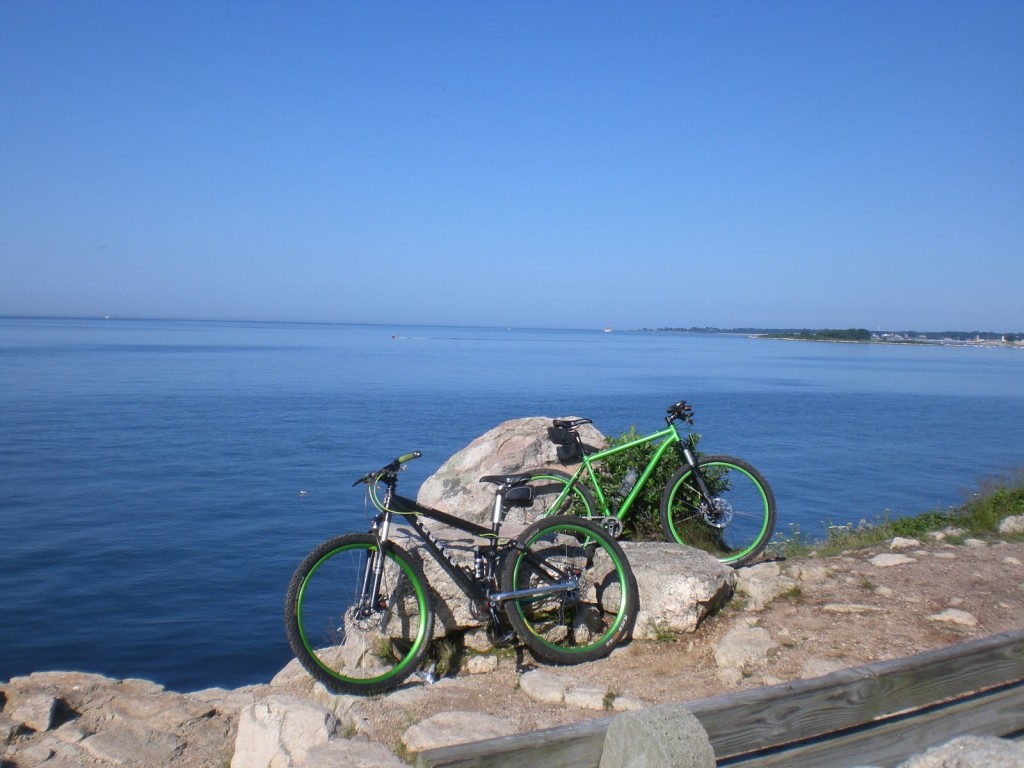 Mountain biking at the beach might sound like a contradiction, but at Bluff Point State Park in Groton, Connecticut, there’s a dirt road along the Poquonnock River that leads straight to the Long Island Sound. There, you’ll find picturesque Bluff Point Beach, which juts out to rugged Bushy Point. Numerous tracks spread out from the main trail like spokes on a wheel; choose one and ramble along the shores or go inland to see remnants of the John Winthrop house dating from the early 1700s. Even better, head up to the bluffs and look south across the waters to Fishers Island in New York, east to Watch Hill in Rhode Island, or west to New London in Connecticut.
Next week, I’m excited to be blogging live from Acadia National Park as I preview their 100th anniversary celebration next year. I’ll be hiking, biking, sea kayaking, and sailing, while discussing some of my favorite off-the-beaten-track locales. So please stay tuned and also follow me on Twitter @ActiveTravels.
Have a fun Labor Day Weekend and, as always, keep active!