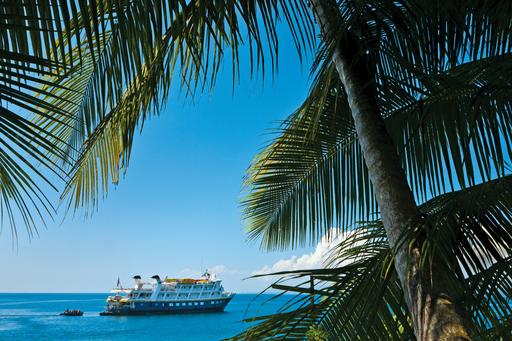 2016 marks the completion of the massive Panama Canal expansion project that will usher in a new chapter for Panama and cap off the celebration of the Panama Canal’s 100th birthday. Lindblad Expeditions is taking advantage of this historical moment to offer several deals aboard their 62-passenger National Geographic Sea Lion. Guests will explore the Panamanian and Costa Rican coastline, traverse the Canal, snorkel and kayak off deserted islands, and venture up rain forest-canopied rivers, while being led by some of the finest naturalists in the travel business. Book one of their Panamanian cruises by November 30, 2015, and you can choose from free round-trip airfare from Miami OR the Panama City extension on select January and February 2016 dates. On this 2-day Panama City extension, you’ll visit the construction site at the Canal Expansion Observation Center, and see the new highly touted Frank Gehry-designed Biodiversity Museum.

Lindblad is also unveiling a new 9-day land-based trip to Costa Rica that will include a stop at Tortuguero National Park, often called the Venice of Costa Rica for its maze of waterways. From mid-spring to late summer at Tortuguero, four different types of turtle return to shores to lay their eggs, including the giant leatherback, which can weigh over 1,000 pounds. For reservations or additional information on Lindblad Expeditions voyages, contact us at ActiveTravels.