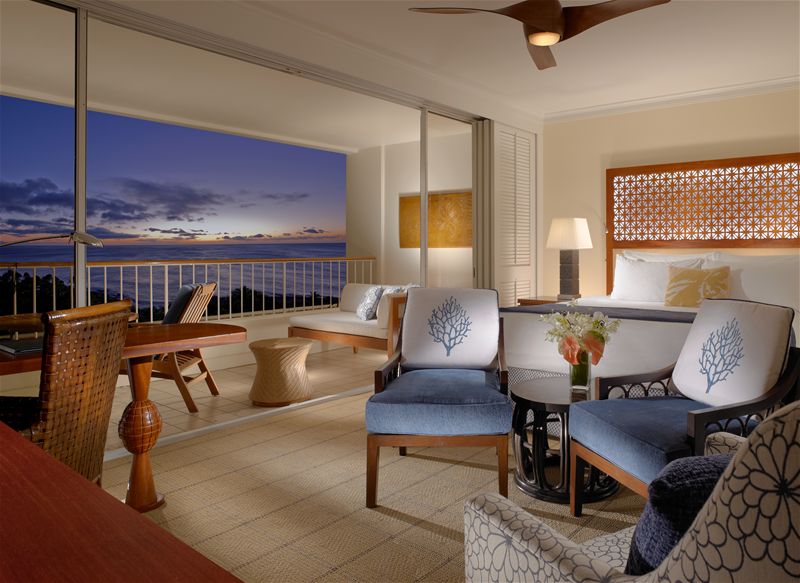 At the JW Marriott Ihilani Resort, my family of four had two adjoining rooms, one with a king-sized bed, and the second room with two queen beds for the kids. Both rooms also had the signature JW Marriott dual vanities to give mom and dad some space. The oversized balconies at both rooms offered expansive views of the ocean and at night, we would leave the screen doors open to hear the waves rolling ashore.
Even on crowded July 4th week, checking into the Disney Aulani, located next door to Ihilani, was a breeze. Someone takes the car and luggage, another person welcomes you with leis and cool water and then escorts you to the front desk, where at least a dozen people were checking in guests. Once we stepped foot into our room, luggage arrived within 5 minutes. We shared a room at Aulani, two queen beds with ocean view. The room was a standard double room and the beds were comfortable. Honestly, I didn’t spend much time in either of the two rooms, excited to go swimming in the lazy river, infinity pool, or hit the beach to paddleboard or kayak in the lagoon. When Hawaii beckons at your front door step, the room is used merely to shower and sleep.