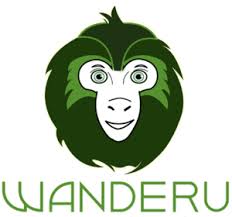 One of my favorite websites for designing European itineraries for clientele is Rome2rio.com. It lists the best ways to get from city to city via a number of options, including train, bus, car rental, and flight. For example, I just saved my sister and her family of four $1500 by going on Rome2rio.com and finding out that the flight from Innsbruck to Amsterdam is significantly cheaper than flying directly from Salzburg. All you have to do is take the 1 hour and 42 minute train from Salzburg to Innsbruck to catch that cheap flight on Transavia. So I was excited to hear about Wanderu, a new app listing all the bus and train routes in North America. So far, it seems to work better for cities. For example, I put in Ithaca to Boston, the route my son takes to college, and Wanderu has him going though New York City instead of the far more realistic Albany, New York. Also, the bus I usually take from my hometown of Newton to New York, GO Buses, was nowhere to be found. Wanderu is relatively new. I’m hoping it works out its kinks and becomes just as valuable for North American travelers as Rome2rio.com is for European travelers.