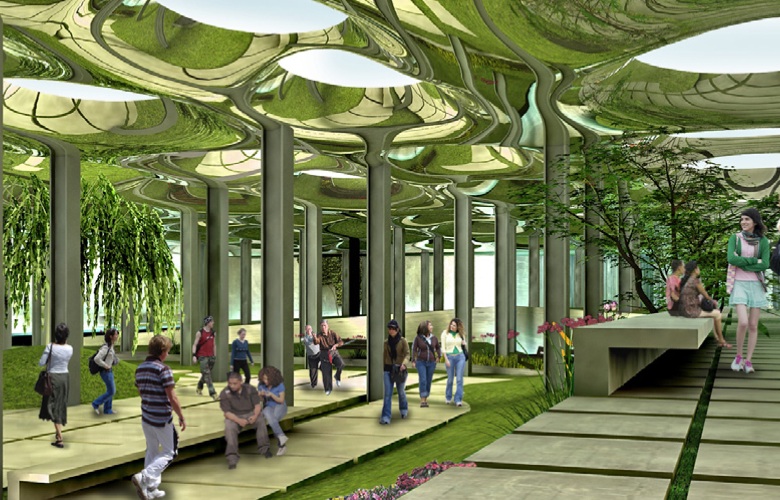 One of my favorite topics to write about the last couple years is how urban designers and landscape architects have recently created parks from contaminated settings, landfills, abandoned manufacturing plants, and no longer viable space such as an elevated train track on the lower West Side of Manhattan, now the popular High Line Park. Former brownfields like a 9-acre parcel of land on Puget Sound, once dotted with UNOCAL’s oil tanks, is now home to Seattle’s Olympic Sculpture Park. Landschaftspark in Duisburg-Nord, Germany, is a former coal and steel plant that now features a high ropes course.

Time to add the Delancey Underground project, nicknamed the Low Line, into the mix. James Ramsey and Dan Barasch have already garnered public and political support to take a vacated trolley terminal in the Lower East Side of Manhattan and create a subterranean park. The rectangular space, about three blocks long, was the site where trolleys would turn around to cross the Williamsburg Bridge. Since 1948, it has laid dormant. Ramsey and Barasch not only want to take advantage of this wasted space, but use fiber optics to stimulate natural light and photosynthesis, where trees and plants can thrive. The pair has already started collecting funds on Kick Starter, if you’d like to support the project.