Favorite Fall Foliage Walks In and Around Boston, Walden Pond 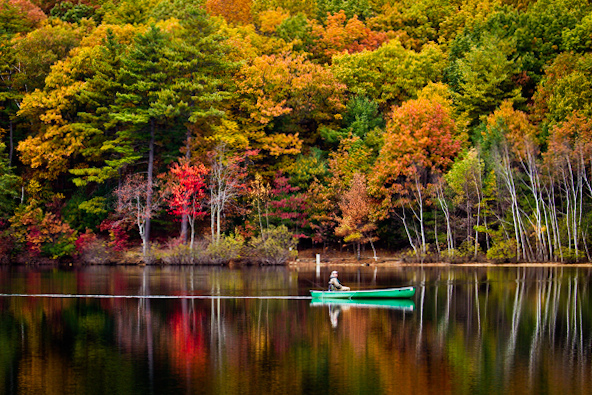 “I went to the woods because I wished to live deliberately, to front only the essential facts of life, and see if I could not learn what it had to teach, and not, when I came to die, discover that I had not lived,” wrote Henry David Thoreau in his best known work, Walden. Thoreau ventured to the woods with ax in tow in March 1845 to build his historic hut. Never would this modest writer imagine what an impact his philosophical musings would have on the world 160 years later. For two years, two months, and two days, Thoreau lived alone in the woods, a mile from any neighbor, in his rustic abode built near the shores of Walden Pond in Concord.  While a replica of the hut only exists now, the woods make for a wonderful ramble, especially in mid-October with the maples aflame.