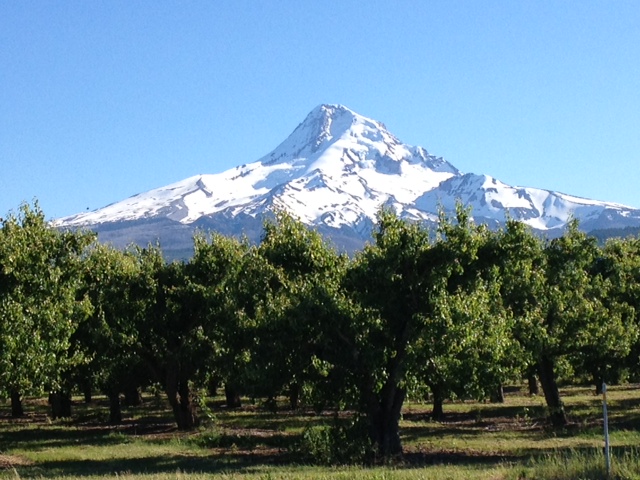 Autumn colors are not usually associated with the Northwest, the land of conifers. Yet, outside of Hood River, the 35-mile Fruit Loop feels like a quintessential fall drive back east. That is, until you look up and see the lofty snowcapped peak of Mount Hood towering above 11,000 feet. The route is lined with pear orchards, fields of lavender, alpaca farms, farm stands, wineries, and an emerging hard cider scene. Sample the wares at Hood River Cider Works, Fox-Tail Cider, or Hood Valley Hard Cider, and you’ll be surprised to find that the drink is crisp, refreshing, and can easily be paired with the Chinook salmon and steelhead trout the region is known for. Quaff down a cider at the picnic tables behind Solera Brewery in Parkdale and you’ll be mesmerized by the spectacular view of Mount Hood. Make the wise choice of spending the evening at the Columbia Cliff Villas in Hood River and you’ll wake up to a sunrise over the Columbia River Gorge.