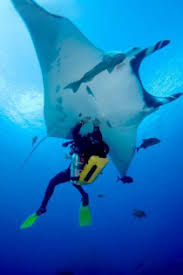 Let’s be serious. You’ve just traveled at least six hours from the West Coast to Hawaii, another seven hours to Guam and yet another 90 minutes to this cluster of 200 sparsely populated islands, which Cousteau called the best scuba diving site in the world. You’re going to have to get motivated to do much else but dive on Palau. From your home base on the capital isle of Koror, head to the Big Drop-Off, considered the best dive wall on Earth. It starts in knee-deep water and then abruptly plummets almost 1,500 feet into an abyss. Nearly as mind-boggling is Blue Corner, a large coral cavity where three ocean currents meet. Hunker down and watch schools of tuna, white-tipped sharks and 3-foot-tall giant clams (where’s the melted butter when you need it?). While you’ll have a tough time immersing yourself in traditional island culture here (read: no jerk chicken or Bo Derek-style hair braiding), Palau’s real attraction is its remote beauty. Rent a sea kayak and check out a few of the Rock Islands, which stretch for 20 miles south of Koror. Then dry off at the Palau Pacific Resort, which guards the finest beach on Koror. That is, if you can stop your legs from kicking.