Family Fun with the Trustees of Reservations: the North Shore 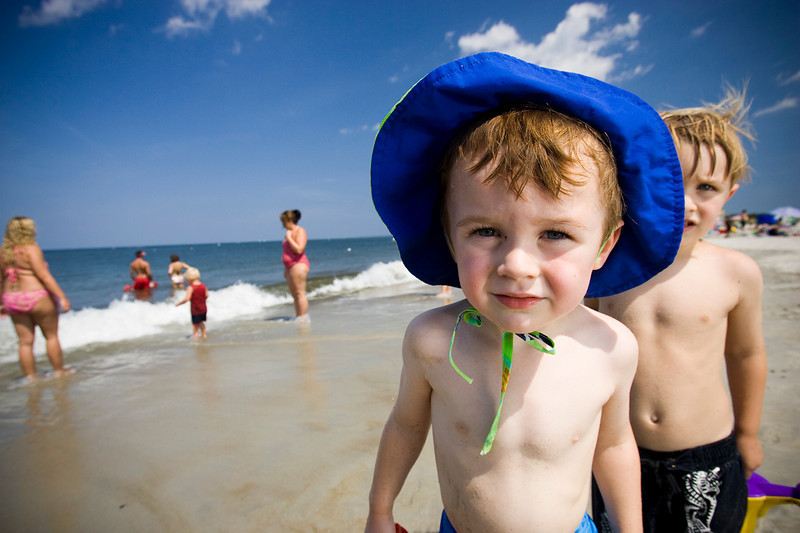 Most people affiliate the Trustees with that glorious stretch of Atlantic Ocean shoreline called Crane Beach, recently named one of the “Top 10 U.S. Family Beaches” by National Geographic Traveler. Today’s itinerary will get you to Crane Beach and the adjacent Crane Estate, which looks incredible after a $2.1 million restoration of the Grand Allée, but first we want you to work up a sweat before swimming in the ocean waters.

Choose between a mountain bike ride in the fishing town of Gloucester or a short hike up a hill in Andover that rewards you with vistas of Boston’s Prudential Center. At Gloucester’s Ravenswood Park, ten miles of former carriage path trails wind through hemlock-covered grounds, leading to a must-see overlook of Gloucester Harbor. The crushed gravel and wide trails is ideally suited for novice mountain bikers. Not to mention, it’s a great way to escape the Cape Ann crowds in summer.
At Andover’s Ward Reservation, opt for the 1-mile (round-trip) climb up Holt Hill. You’ll stroll through forest and alongside meadows past old stone walls. Keep on climbing the grassy trail until you reach the short summit overlooking the expanse of Merrimack Valley and yes, the Pru.
Four and a half miles long, Crane Beach in Ipswich is known for its smooth surf and dunes. Members of the Trustees can obtain a parking sticker for $75 and park free for the entire summer at one of New England’s best-loved beaches. New this summer, Crane Beach will be open late to offer Drive-In Movies, including a snack bar. Also don’t miss being on Crane Beach during low tide (around 11 am) on August 22nd, when Dutch artist Theo Jansen will create one of his signature “Strandbeests” to coincide with an upcoming show at the Peabody Essex Museum in Salem. It’s impossible to describe. Just check it out! 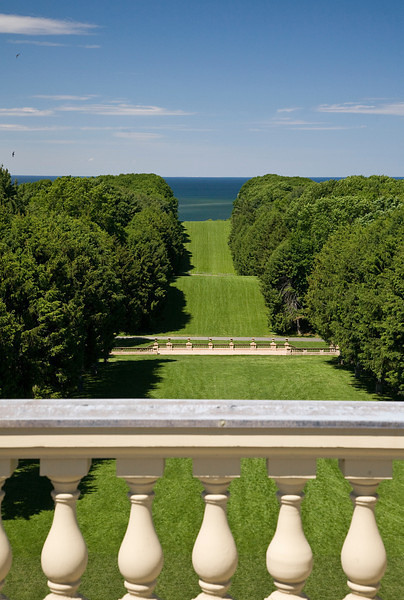 Soak up the sun and then make your way to the Crane Mansion or Great House. This spring, The Trustees announced the launch of an initiative to celebrate its cultural sites with a new “Bringing Our Stories to Life” campaign. Not surprisingly, the Crane Estate, the property the Trustees consider the crown jewel in their collection, is at the forefront of this initiative. Children will like the new tour, “Guest of the Cranes,” where it’s 1929 and you’ve just arrived to visit your good friends, the Cranes. After touring the mansion, walk down the striking Grand Allée, with camera in hand, and stop at the recently renovated Casino, which originally served as an elegant pool and entertainment space used by the Crane family. The Casino is now open to the public for lawn games, and inside you can play pool and buy ice cream.
If your plans include one of the Thursday night concerts on the grounds this summer, you might be wise to spend the night at the bottom of the hill at The Inn at Castle Hill. The 10-room inn, where children 12 and over are welcome, was recently voted the top property on the North Shore by North Shore Magazine. The setting is hard to top. Look out from their wraparound porch onto miles of uninterrupted salt marsh and beach.
Breakfast at the Inn at Castle Hill takes full advantage of the eggs and milk farmed just down the road at the Trustees’ 1000-acre Appleton Farms. Open to the public, Appleton is the oldest continuously operating farm, in existence since 1638. Stroll on grassy trails past rows of veggies to the Appleton Old House. Better yet, go on a Quest, an outdoor scavenger hunt and follow the clues to a hidden box at the end. Pick up a pocket-sized Quest Detective booklet and you can go questing at a dozen other Trustees sites located around the Greater Boston area. Also note that Appleton Farms’ eggs, cheese, yogurt, milk and grass-fed beef will soon be found at the Boston Public Market, ready to make its debut in July. Though don’t use that as an excuse not to visit the farm in person.