Family Fun with the Trustees of Reservations at Martha’s Vineyard 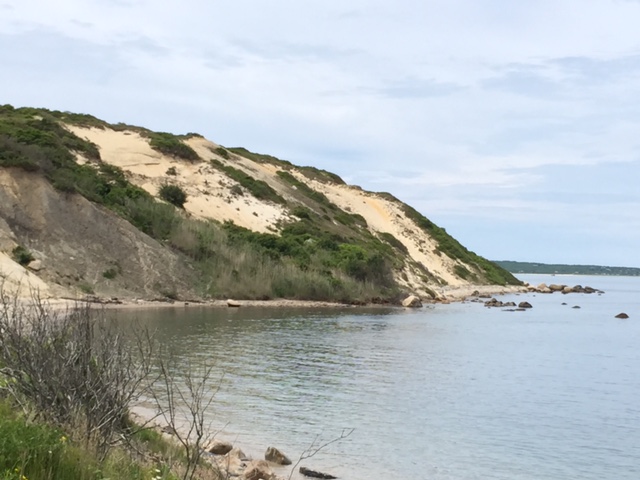 Few folks realize that the Trustees are the largest private owner of farmland in Massachusetts with five working community farms across the state serving over 1,300 CSA members. Now you can add Martha’s Vineyard’s FARM Institute to that growing portfolio. This spring, the Trustees announced their plans to integrate with the Katama-based farm, known for their educational programs and summer institute that attracts close to 1000 children who are interested in learning about agriculture. Expect even more exciting program offerings at the Farm Institute to happen in 2016.

The Trustees has a longstanding commitment to the preservation of open space on Martha’s Vineyard. Start your tour of the island with a short ferry ride over to Chappaquiddick at their Japanese-style garden called Mytoi. Azaleas, daffodils, dogwoods, and rhododendrons line the fresh water creeks. On July 10th from 4:30 pm to 6 pm, kids will get to help restock the garden pond with goldfish.
A short stroll from Mytoi and you reach the Cape Poge Wildlife Refuge and East Beach. The waters of Cape Poge are one of the best places to birdwatch on the Vineyard. Ospreys, oystercatchers, piping plovers, terns, and the occasional bald eagle nest here. To get a close-up look at the birds, sign up for the 2-hour Wildlife Discovery Kayak Tour with the Trustees that happens daily from 10 am to noon and 2 pm to 4 pm. Or you can simply rent kayaks and venture out on the water for a self-guided paddle. Please note that you don’t need to bring a car to Chappaquiddick. The Trustees offer complimentary van pickup for guided tour participants on the Chappy side of the Chappy Ferry. Call 508-627-3599 for more information and to book your reservation.
Chappy offers one of the most pristine stretches of beach on the island at Wasque Point, also under the helm of the Trustees. Wasque is a great spot to try your luck surfcasting for stripers and blues. Or simply get lost in this glorious seascape by heading out on 1.5 miles of trail.
Beach lovers will also love Long Point Wildlife Refuge in West Tisbury, where families can spend the day body surfing, swimming in the sheltered ponds, or explore Long Pond Cove by kayak or paddleboard, which are available for rentals. Families can also grab an Exploration Backpack, full of supplies for a day of adventure like binoculars and scavenger hunts. Every Tuesday from 5:30 pm to 7 pm, bring your mat, towel, and water for yoga on the beach. There’s also a chance to go on a moonlight paddle and return to the beach of Long Point for a campfire three nights this summer. 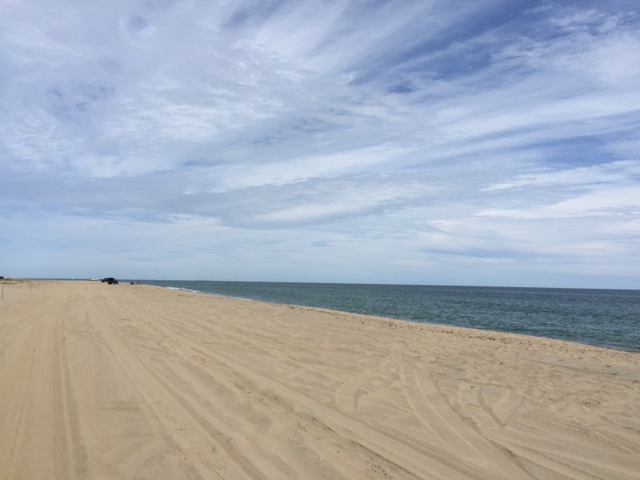 Another great spot to escape the crowds is Norton Point Beach, just off Katama Road. Be sure to deflate your tires to 15 psi using the air hose next to the entrance before you drive on the sand. Then choose a spot on the beach and savor the serenity.
End your day with a walk through Menemsha Hills. If you scale Prospect Hill, the second highest point on the island, you’ll get spectacular views of the Menemsha Harbor and Gay Head Light, especially during sunset. Also worth checking out is the adjacent 18-acre property, The Brickworks, where clay was once used to manufacture highly sought after bricks that were shipped to Boston, New York and Newport. It’s open to the public for the first time this summer.
If you’re taking the ferry from New Bedford to the Vineyard, be sure to make a stop at the Allen C. Haskell Public Gardens. Queen Beatrix of the Netherlands once sought gardening advice from the renowned horticulturalist Haskell, so expect to find an exotic showcase of plants and trees surrounding one of New Bedford’s oldest homes. The Trustees acquired the property in 2013 and began a lengthy $2 million overhaul to preserve this cherished urban oasis.